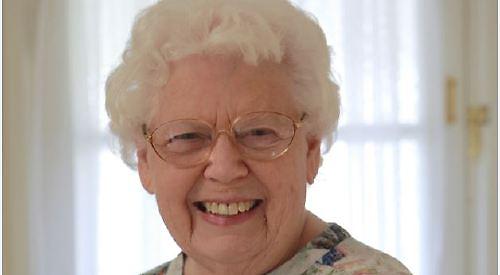 I WOKE up this morning to a cloudless blue sky, the sun a brilliant orb of yellow, and silence.

Silence in its pure form is eerie. Nature has given us the birds that should be chirping, tweeting or trilling their chorus to celebrate the day to come but not today. Why? Are they missing the sounds of cars, buses and trains, the running feet of children, the click-click of high heels, the calls of goodbyes at the school gates? Suddenly I am lifting open the corner of my memory...

“King of clubs,” I said as I laid the winning card.

The evening had been fun as we all threw in our cards to end the final game. Why my thoughts suddenly went back to my grandfather, I do not know, other than that card game, but there he was in my mind’s eye.

Before I was five, I have only snatches of memory — my father carrying me home on a dark evening, playing ball with him in the park. Then nothing, he was gone, off to the war.

This was when my mother and I moved in with her parents and my grandfather became the male adult in my life. He was too old for call-up and as he was a bricklayer by trade, he went off to work each day, as he always had.

Fred. For some reason I never called him granddad. He had this gaunt face with a yellowish tinge, as though he needed feeding up. Grey eyes and a straight thin nose. But his hair was what fascinated me most. It was a steel grey colour and although he had plenty of it, the front stood up like a wave rushing towards a beach and broke back over on to the crown of his head.

When he unwound himself from the armchair he towered over me like a giant from a fairytale. And, like most story giants, he was a very gentle person.

Firm memories began for me the day I started school. My very best friend was just outside the starting age in September, so I had to brave it alone. There was none of the modern ways of introducing a five-year-old to a huge school classroom.

The room had small tables and chairs set in squares of four and a strange lady, who looked as old as Fred, waiting to show me to my place.

Suddenly I was sitting down with three other strange children and Mummy was saying goodbye, she would see me at lunchtime.

Where was my best friend, why couldn’t she be here too? I didn’t like the others.

But I wasn’t going to cry like that silly girl across the room. Fred had told me that I would like school and that I would learn lots of new things and he would be home that evening so I could tell him all about it.

At seven o’clock Fred’s key sounded in the lock and as he came into the front room I caught the dusty building smell of his overalls and heard the scraping sound of his hob-nailed boots on the lino floor.

I rushed at him and as he swept me up, he wanted to know how my first day at school had gone.

At about six o’clock Fred’s dinner was always put over a pan of boiling water to keep it hot, as Gran, Mum and I had ours at lunchtime. Fred always washed when he came home. He would go into the scullery and close the door. I would hear boiling water from the kettle on the black gas stove being poured into the white enamel bowl, the rubbing of carbolic soap, splashing water and blowing sounds as Fred sloshed it over his face and around his neck.

Then a quiet moment as he towelled dry and a final emptying of the dirty water down the sink drain.

The ritual was carried through to upstairs, change of clothes and back to the kitchen for dinner. This was what I waited for each day — my share of Fred’s dinner. That little remark: “I’m full, can you eat the rest?” In hindsight, he could have cleared a plate twice over but this was wartime, ration time and Fred had me to care for.

Weekday evenings, Fred followed the pattern of most civilian men; he went down to the pub.

The Bedford’s public bar was mainly a male-dominated place and they would sit in the blue haze of cigarette smoke hunched around tables playing cards or dominoes, a pint and those favourite Woodbines set to one side.

The scene sits vividly in my memory as on many a Sunday lunchtime I was sent to tell him dinner was ready.

The bar door had a large round brass handle that I had to reach up to turn, then I poked my head round to call him. I can’t remember him ever coming home before closing time, so his dinner always ended up over a saucepan of boiling water.

Fast asleep, snug and warm under several blankets and an eiderdown. I didn’t want to get up, it was dark outside and cold.

There was snow on the ground and slippery with ice but Fred was shaking me and holding out my siren suit. Not again — last night, the night before and the night before that. The neighbourhood had no shelters yet and as the warning air raid sirens whined. Fred carried me along the road down into the church crypt, its steps leading down into a dark cavern, lit only by candles.

Families were huddled together, sitting on blankets, and I would sit on Fred’s lap where the warmth from his body soothed me off to sleep again. I would often wake up back in my bed, warm and cosy, but my mother’s bed was often empty and cold. I think she just didn’t bother.

Most people’s lives in England during 1943 did not change very much. Work, survival, stretch out the rations, the coal, the clothing coupons — did anyone know somebody who could get a bit of extra on the black market?

But there were always the Picture Houses (Robert Taylor, Barbara Stanwyck, Shirley Temple, Laurel and Hardy) and the Palace Theatre — Old Mother Riley up to her hilarious antics, the Christmas pantomime.

Things could be worse and a lot better, so the adults said after listening to the radio news each evening.

It even turned my Gran into a crook. She noticed that the grocer had marked off the sugar ration in lead pencil instead of indelible ink.

Cutting off a corner crust of bread, she rubbed until the pencil mark was only a dent in the paper. Then she told me to go back to the grocer’s shop and get a pot of jam.

I wasn’t a stroppy child but I remember standing in the kitchen defiant that I wouldn’t go.

“Don’t you answer me back, my girl, you get going this instant.”

I ran all the way to the shop door, then my courage waned. I had to pass the dairy counter first, then the cash kiosk to get to the dry food counter.

It was the walk of guilt; it must have been written all over my face as I handed the ration book over and asked for a pot of jam. I’m sure she could see what had been done but all that happened was that she used her indelible pen and I paid for my purchase at the cash kiosk.

My flight back home was as if all the demons in hell were chasing me and I told Gran that I would never, never do that again.

I don’t remember how Fred and I began our weekend card games, only the sharp memory of early dark mornings, the coal fire, a dining chair used as a table and each with our armchair drawn up close.

Rummy was the first adult game I learnt to play, interspersed with snap and pairs. Draughts was another game and Fred’s patience in explaining about doubles and moves made me into a fair opponent in later life.

It was the hammering on the front door that woke me up on June 6, 1944. It was Auntie Peg, who lived two houses along, shouting through the letterbox: “It’s begun, the invasion.”

I heard Gran open the door and Peg saying: “Oh, I know Tom’s there, that’s why I haven’t heard from him.”

From that moment on the sound of aircraft grew louder and louder and by the time I was up the whole street was out on the pavement looking skywards as wave after wave of planes flew over.

This was, of course, the beginning of the end of the war. Air raids did not stop; in fact, they became worse for those living in doodlebug alley.

Fred changed, becoming much older during those latter months of the war. He worked long hours, still saved me his little bit of unwanted dinner and went down the pub.

But when the sirens sounded he only had to carry me across the road from our house as two air raid shelters had been built for our row of houses.

Families made these into makeshift homes, leaving mattresses, blankets and lamps, so that they only needed to take themselves and hot drinks when those dreaded sirens began.

VE Day arrived in our house much the same as D-Day, with Peg banging on the front door, shouting through the letterbox. Everyone spilled out into the street shouting: “It’s over, the war’s over.”

Mothers, wives, sisters and brothers, some laughing and some crying as they hugged each other. Mum, Gran and I dancing in a circle. I was almost eight years old.

Soon I would be leaving Gran and Fred, going home to a house that was similar in style but different, the rooms empty of any memories, and to a neighbourhood I did not know, to a school with new strange children and strange teachers and, most of all, to a father that I had only been with for the weeks he was home on leave in the past six years.

A frightening prospect but, as always, Fred came to my rescue. I wouldn’t be far away; we would still be seeing each other. I could stay for weekends; we could play our card games. Everything would be fine and I would have my Daddy to help now. And so a new era of my life began.

Fred passed away two years later in August 1947. He had been my grandfather and especially my friend, who had helped me over those young years. I had been lucky; a lot of children had not had anyone.

Today (May 8, 2020) we are staying at home to celebrate 75 years since that day in 1945 when everyone in the UK was out on their streets, in villages, towns and outside Buckingham Palace cheering our victory over a tyrant named Hitler.

And we will now fight and see victory over a virus as wicked and hateful. My love to everyone on this planet called Earth.