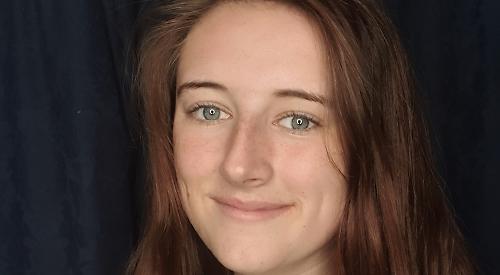 ELEVEN students from the Henley area were honoured at an online awards story.

The Henley College’s annual education awards recognise achievement as well as effort, enterprise and service to the college community.

A total of 48 students studying subjects ranging from ancient history to politics received awards after being nominated by their teachers and tutors.

They have been learning remotely during the coronavirus pandemic.

Emily Foster, from Goring, was recognised for her efforts in drama and was also one of two pupils to receive the principal’s award for outstanding contribution to the college.

The 18-year-old studied drama at A-level and did not take her exams because of the pandemic but will still receive her “result” this month.

She is hoping to study stage management and technical theatre at the Royal Welsh College of Music & Drama in Cardiff.

Emily said: “The result is a combination of what you get in your mock exams and what you got in your GCSEs. I did okay in my mocks, so I’m confident that I’ve passed everything.”

“I’ve just always loved drama, it’s my thing. I like that you get something different each time.

“On the course we devised pieces from nothing to a 20-minute show and it’s great to see something come to fruition.

“We went and saw a few shows, including one in the West End, which was amazing.”

Emily received the principal’s award as she was Student Union president and a student governor and was involved with a vast number of committees,

She was said to have been a real asset to student services during her time at the college, liaising with the principal, governors and external agencies, including Ofsted.

Emily said: “I felt really happy to receive the award and it’s nice to have the recognition.”

Alexandra Turner and Ethan Rogers, from Henley, were recognised for dance and sport and exercise science respectively, while Olivia Coles, from Sonning Common was honoured for French.

The awards, which are sponsored by the Henley Education Trust, were held via Zoom and attended by Henley Mayor Ken Arlett.

Famous faces from the worlds of entertainment and sport recorded special video messages wishing the graduating students luck for the future and welcoming students who will be starting at the college this autumn.

Principal Satwant Deol said: “I am so proud of our students, especially this year where they have shown great resilience and creativity in finishing their studies.

“They have been a great support to each other and stayed connected through learning with their teachers. I am sure that they will go on to achieve great things and I wish them all the very best.”

Vice-principal Eamonn Eagan said: ‘I am always amazed and inspired by the incredible achievements of our students, this year even more so as those achievements have been made in part while the college campuses have been closed.

“It is for this reason, acknowledging our students’ resilience, that this year’s awards ceremony was more inspiring than ever.

“I’d like to extend my congratulations to all our final year students on their success at the college and wish them well in their next steps.’