Helping climate and feeding us 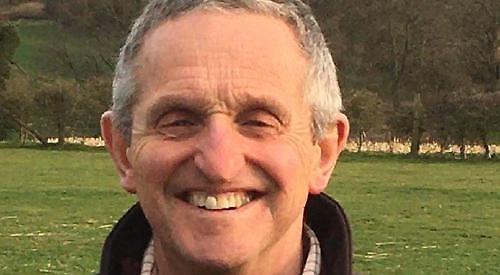 WHY do farmers always talk about the weather? Could it be because we battle against it every day? We rely on getting sunshine and rain at the right time to help the plants grow and provide the food we all consume.

However, weather is not the same as climate. The dictionary defines climate as the weather conditions prevailing in an area in general, over a long period of time, usually 30 years or more. Weather is a specific event such as a rainstorm or a hot day, something that happens over a few hours, days or weeks.

So when people talk about climate change, it is a variation in average weather conditions over a period of time.

The Met Office has loads of records but the general trend is that the average temperature is increasing. For example, from 2010 to 2019 the UK was, on average, 0.9C warmer than the period from 1961 to 1990.

Average rainfall is also increasing. It is now some 112 per cent of the amount which was recorded between 1961 and 1990.

Furthermore, I have noticed a trend for longer periods of more extreme weather. I am convinced of the arguments that say we are experiencing climate change; the question is how do we deal with it? As farmers, we are part of the solution, as indeed we all are.

The Government recently announced a series of climate change commitments designed to cut carbon emissions by 78 per cent before 2035.

Despite some comments in the media which suggest otherwise, the Government is giving consumers freedom of choice, including their dietary preferences.

Consideration needs to be given to how each of us contributes to this reduction. So, to start with, let’s look at where we currently are with our emissions.

This is just an introduction to the subject and I will return to discuss agriculture’s role and how we can mitigate against it in greater detail in future columns.

Unlike the rest of the sectors above, agriculture is both a source and a sink in that we can store carbon in our soils and the plants that we grow.

CO2 in farming represents only 10 per cent of our total greenhouse gases, with the rest made up of nitrous oxide (40 per cent) and methane (50 per cent).

Nitrous oxide in agriculture is mostly from the use of artificial nitrogen fertiliser. It is also released by the burning of fossil fuels, so for us as farmers, our use of machinery and transportation.

Nitrous oxide is more harmful than CO2 so it is really important that we reduce this gas. We are already using technology to help decrease the amount of fertiliser we use and supply it to the plants as and when it is needed. Without fertiliser we would struggle to feed the world but we can do more to reduce its impact.

Methane is also more damaging than CO2 but spends much less time in the atmosphere. It is mostly produced by livestock as a by-product of the digestive systems of cattle; out it comes every time they belch or pass wind.

There is much debate about grass-fed cattle being better for the climate as they are making use of the grass, which helps lock carbon away in the soils.

In the UK this merits some consideration as much of our country is not suitable to grow crops but grows grass really well. Grass, if managed appropriately, is a carbon sink. This is not the case if we end up importing meat from parts of the world that cut down rain forests to create grazing.

The same holds true for dairy cows. It is worth considering the consequences of giving up dairy products such as milk and substituting it with soya or almond milk, which again in certain countries is responsible for deforestation.

Neither of those commodities can currently be grown here on any scale. Climate change is causing areas of desert to get larger and more extreme weather will in the future threaten food supplies.

We cannot export our carbon footprint, import all our food and turn our country over to rewilding and the planting of trees.

Remember the first lockdown and how we started running out of certain foods? Farming undoubtedly holds the key to mitigating some of the effects of global warming but we all have a role to play in finding a way to help the climate but still feed ourselves in a sustainable way.