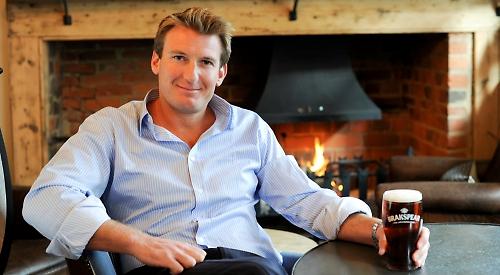 PUBS, breweries and farms in the Henley area have been affected by the nationwide carbon dioxide shortage.

Rises in wholesale prices of natural gas caused the temporary closure of two large fertiliser plants which create CO2 as a by-product.

As a result, deliveries of “dry ice”, which is vital to the meat and drinks industries, are now taking three weeks longer than usual, potentially leading to short supplies of their products.

The Government has agreed to pay tens of millions of pounds to cover the operating costs of a Teeside plant owned by American company CF Industries, for three weeks.

The family-run Loddon Brewery in Dunsden Green, which sells beer to pubs and has its own shop, may have to close its tap room. Dan Hearn, who helps run the business with his parents Chris and Vanessa and brother Luke, said they were concerned.

“We use CO2 for the tap yard to pour beer and also in our kegs,” he said. “We’ve noticed how incredibly difficult it has been to get hold of in the last few weeks. There are large delays in ordering. It’s normally next day delivery but now we’re waiting up to three weeks.

“If we can’t get the CO2 we can’t use the pumps and at some point I think we won’t be able to open the yard over a weekend.

“Local pubs have been calling us and begging us to help them if we can but can’t, we need to ration ourselves.”

Mr Hearn said the business had also been affected by the shortage of heavy goods vehicle drivers. “It’s across all industries,” he said. “There have been lots of delays of things coming from Europe and there are lots of things not on shelves anymore.

“Our packaging for our beers is delayed and the malt that used to be delivered the next day is also taking three weeks.

“It’s the lack of HGV drivers and Brexit and we’re really starting to see the effect.

“These were the things we were worried about. All the issues they said wouldn’t happen are happening and we can’t hide behind covid on this. The main driver is Brexit. We saw it coming but we didn’t think it would be this bad.”

Stan Ainsley, who chairs Phyllis Court Club, off Marlow Road, Henley, said the private members’ club had also been indirectly affected by the shortage of lorry drivers. He said: “Our suppliers can’t get staff and getting the supplies out to us with the lack of drivers is becoming quite tough.

“If you zoom out from Henley this is an developing situation and is adding to our staffing shortage problem.

“It will be interesting to see how the Government will act on allowing visas for foreign workers.”

Tom Davies, chief executive of Henley pub company Brakspear, said: “We’re aware of some pubs struggling to get gas from their usual suppliers but so far they’ve managed to make other arrangements.

“We’ve advised our pubs to ensure they have enough gas to dispense beer and not leave it until their levels get too low to get more.

“At the moment, it’s not causing too many issues but the situation may get worse.”

Farmers are also being hit by the carbon dioxide shortage as the gas is to stun livestock before slaughter. It’s also used in meat processing and storage. Arable farms have also been affected by the fertiliser plants being closed.

Simon Beddows, farm manager at Coppid Farming Enterprises in Dunsden Green, said: “We’ve already been hit by the fact the fertiliser is really expensive this year and now the plants have shut and we will still need to buy more in the spring.

“It’s going to make life really difficult for us if plants don’t re-open or they open late in terms of getting fertiliser to the farm. We have the fertiliser we need at moment so we’re okay for the time being but if it continues into the spring or if there’s a back log it will affect farmers.

“The issue is that without fertiliser the crop won’t yield a lot, which means produce will be a lot less and food prices will increase. If it’s a nationwide problem and we rely too much on importing food that’s another issue.”

Mr Beddows added: “The Government has really messed up by closing the storage facilities for natural gas as we don’t have enough in this country.

“We have storage for just a few days but in others they have it for several months.” Iain Tolhurst, who runs the Tolhurst Organic farm, off Hardwick Road, Whitchurch, said if the problems weren’t resolved quickly farmers could go out of business.

He said: “Large animal farmers will be concerned as the lack of carbon dioxide is detrimental. The lack of fertiliser means the yield would be 50 per cent less, which is also detrimental.”

Mr Tolhurt, who has farmed his land for more than 30 years, grows only crops on “stock-free” principles, meaning he grazes no animals nor uses any animal by-products such as manure. This drastically reduces the amount of carbon dioxide or methane produced. Both are “greenhouse” gases, which contribute to climate change.

He said: “As a business, we are not going to be affected but the Government needs to do something quickly. There are other options to carbon dioxide and others way of producing it — you can take it from the atmosphere, which helps with climate change. Long term, farmers would be able to move away from carbon dixoide and fertiliser production as it has a massive impact on the climate.”