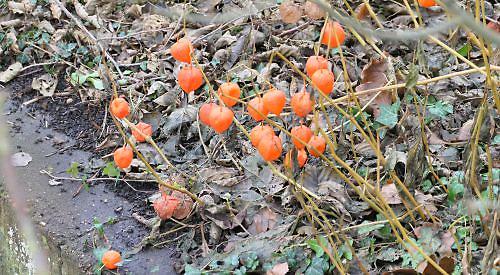 I LOVE everything about the natural world. Birdsong, colours, scents, textures and the sound of the wind through grassland and trees. Mystery, grace and space enchant me.

The cycles of the seasons, from light to dark, chill to warmth, sunset to sunrise, the history of life on Earth and everything else. A seemingly endless story of possibilities, evolutionary mishaps and sometimes canny survival.

I do worry, though. I remember vividly going on a family holiday to Dorset in the late Sixties when I was about eight years old. I’d saved up my pocket money (sixpence a week) to buy some sea shells and fossils (I still have them).

We stayed in the Scott Arms in Kingston on the Isle of Purbeck, near Corfe Castle and I shared a bedroom with my younger sister Frances.

I will never forget the hilarity resounding from downstairs in the public bar and think that I fell in love with pubs there and then.

Apart from examining sea anemones and gobies in the rock pools of Kimmeridge Bay, what strikes me now is the memory of my father driving his Triumph Herald 1250 to Dorset and back.

The car windscreen would become splattered with insects. Dad would have to regularly squirt water and employ the windscreen wipers to drive in a safe fashion.

Those distant days have gone and represent a catastrophe as a major food source has vanished, one of the main reasons for the decline in passerine bird species. At the very least I remember the wonder of spotted flycatchers. I miss them dearly.

I stand alone in our back garden on an unseasonably mild morning to look about and consider the fern-filled ground below and the mostly bare, empty branches above.

I’m longing to see the emergence of spring flowers, such as dog-violets, dog’s mercury, primroses, cowslips, yellow archangel and wood forget-me-nots, the sight of an early orange-tip butterfly’s first flight and the glory of an oak tree coming into fresh leaf.

I note the early arrival of flowering stinking hellebores (Helleborus foetidus) and the dogged persistence of Canadian fleabane (Conyza canadensis), a stowaway popping up everywhere. Oh well, our local cohort of insects seem to be fond of it.

Pedunculate (or English) oaks have to be an extraordinarily old species. It all makes sense when considering how many insects are dependent on this long-lived beauty. The larvae of hundreds of moth species rely on and owe their lives, however brief, to these magnificent, handsome and ancient monsters.

Even when the trees eventually die, they provide home and food for so many small creatures, from woodworm to mice and bats. Is there nothing more supreme than that?

The timber is magnificent, too, and is turned into furniture, building frames and once the ships of the Royal Navy.

I often reflect on how much of humanity considers itself superior to all other life-forms. It’s such a mistake as nature works in harmony, there is no other way.

We share an overwhelming interdependence with the world. Bees and many other small creatures, from moths to beetles, pollinate wildflowers and our crops.

Our summer visitors, house and sand martins, swallows and swifts devour biting insects. Beautiful birds, butterflies and lacewings are some of the most intricately-formed creatures. As I look out of my office window, I long for the first, fresh, fragrant flowers of spring and nascent leaves that advertise the renewal of life and the anomaly of our own existence.

On a night when skies are clear, I gaze above in wonder. All those twinkling stars that make you feel insignificant and, if you are lucky, catch a glimpse of the Milky Way (or via lactea in Latin). Isn’t it all a marvel?

At this time of year, I am charmed to see a bumblebee buzzing around on a mission to visit the late yellow-flowered mahonias and witchhazels in our garden or a tiny wood mouse (Apodemus sylvaticus), one of our most abundant mammals with such a cute little face and dinky ears, scouting for fruit and nuts to store away in its burrow, unaware that I’m watching and enjoying such endeavour.

Elsewhere in the garden, there is much more to note. We have planted so many new trees and shrubs and I’m pleased to say that they have all settled in well.

The birch, which I call Robert, was found by Rosemary as a damaged twig on Kingwood Common.

She took him home, applied rooting powder and we now have a sapling to place in one of the damper areas of the garden. Of the other trees, we have bought the majority and had them delivered by the Woodland Trust. An excellent service.

We need some provisions, so set off from Caversham for the Tesco supermarket in Henley.

The road is partially flooded in places and a yellow roadsign describing future roadworks invites a nasty accident. (When we return it has been tossed aside by someone with time and common-sense).

Before shopping, we visit Marsh Lock on what would have been my late, first wife’s birthday.

Leaving the car in the Mill Lane car park, we walk into Marsh Meadows. An old alder tree is distinguished by all the woodpecker nest holes, some adopted by nuthatches.

A winter-flowering viburnum with pink flowers brightens up the day. Egyptian geese and mallard ducks congregate on a small jetty and a little patch of lawn by the river’s edge.

Unsurprisingly, after all the recent rain, the Thames is roaring, noisy and turbulent but with a silky-smooth elegance over the weir.

Rosemary thought to bring some wholemeal bread to feed the waterfowl and any other chancers.

The mainly wooden bridge is very popular today with families and their dogs.

We stop near the far end to gaze upon the sublime water meadows that lead on to Shiplake and the heavily wooded hill across Wargrave Road on the other side. I hope the hobbies return in summer.

As we make our way back to the car, Rosemary hands me a few slices of bread.

I toss bits and pieces into the water to feed mallard ducks, mute swans and Canada geese but all hell breaks loose when a horde of black-headed gulls appears, swirling around our heads and snatching morsels of bread from the air before they have a chance to hit the water.

Mayhem temporarily concluded, we study the river and other birds.

A great crested grebe seems somewhat nonchalant and deigns to be photographed by Rosemary before taking a dive.

A grey wagtail struts on old, mossy piles before flying off. A cormorant whizzes downstream.

Widow and widower, we feel sure that our former spouses would approve of our union.

I feel so lucky after many dark days, with much warmth and sunshine to come.

Finally, I will always remember the seven or so small tortoiseshell butterflies that would overwinter in my grandparents’ stairwell in Prospect Street, Caversham, where I was born.

Wings folded tight for the sun’s return and resurgence and, of course, an open window and freedom.

I feel like turning in for a few months myself but then I’d miss too much.