Not much would change if fire station closed, say officials 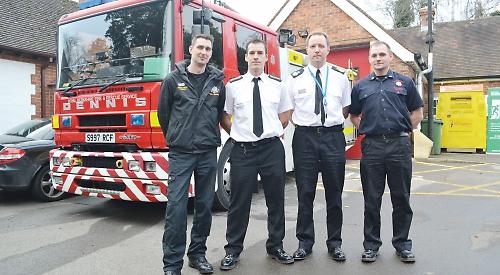 AN exhibition about plans which could mean the closure of Wargrave fire station was held in the village.

The Royal Berkshire Fire Authority needs to save £2.4 million by 2020 and has suggested seven cost-saving measures, three of which include shutting the station in Victoria Road, which currently has nine retained firefighters.

A public consultation on the options began in December and will run until March. On Thursday last week, officials from the authority held a drop-in session at the station for residents to learn how the village would be affected.

Copies of documents were available to view and representatives were on hand to answer questions.

Mark Gaskarth, assistant chief fire officer, said: “We’ve been asked what the provision is for fire cover and how we would respond if this station wasn’t here. People have also asked what would happen to this building.”

Doug Buchanan, station manager for risk and performance, said: “People want to know what the provision will be if this station goes and the answer is it will be very similar.

“There aren’t that many fire calls in Wargrave and those that there have been in the last few years have been attended by full-time crews from Wokingham and Maidenhead anyway.”

A second public event will be held at the station on Sunday, February 19 from 10am to 5pm. The feedback from the consultation will be considered at a meeting on April 18 and the final decision on the options will be made in May.

The consultation document can be viewed online at www.rbfrs.co.uk/consultation