Master who can tell a Merlot from a Malbec 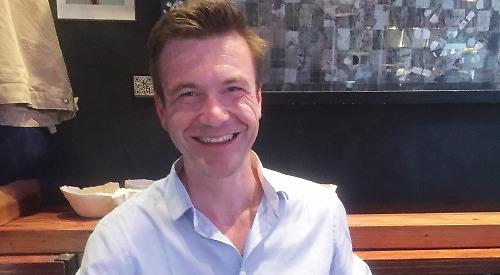 MOST wine drinkers know what type they like, red, white or even rosé, and can probably name the grape too.

But many won’t able to identify the wine’s country of origin or the year it was made.

Not so Alistair Cooper, who can claim to be an expert on the subject — and quite rightly.

The 39-year-old wine consultant and writer, of Albert Road, Henley, has just been named a Master of Wine, one of only 369 worldwide, after five years of study.

He had to prove his understanding of all aspects of wine by undertaking theory and practical exams. He then had to submit a research paper on a wine-related topic.

Alistair, who can now use the initials “MW” after his name, says: “To say I am thrilled is an understatement. This is the culmination of years of sacrifice and hard work. I have joined a special group that I have looked up to and it is a privilege and an honour.”

He first became interested in wine because he loved food.

“My mother was a great cook and that made me very interested in tastes and flavours,” says Alistair. “Then when I was at university my friends and I would meet up for dinner and they would bring a £3 bottle of wine and I would bring a £5 one because I wanted it to be a bit different.”

After being awarded a degree in modern languages from Newcastle University, he travelled to Chile to learn more about wine production. He planned to pick grapes for three months before moving to Argentina but ended up staying for three years.

Alistair recalls: “I went there wanting to learn how to make wine from the roots up and went round knocking on doors asking for a job. They thought it was strange that a seemingly educated Englishman, who could speak fluent Spanish, wanted to work in a field rather than in sales with an office-based job.

“I began work as an export manager and three months turned into three years and I would spend as much time as I could in the fields, talking to the wine makers and the owners to try to learn all aspects of wine making.

“Then I moved on to Argentina and did the same thing while continuing to work in export management.”

Alistair then came back to Britain and settled in Oxford, where he managed wine bars and shops and did consultancy work. He also worked in trade sales for a specialist importer.

At the same time, he gained a Wine and Spirit Education Trust diploma and was awarded the Derouet Jameson Scholarship which paid for the first stage of studying for the master of wine qualification.

Alistair says: “I wanted to keep learning and improving my knowledge while at the same time achieving that qualification. The master of wine course is the pinnacle and I was pretty honoured to get the opportunity to study.”

The students are largely left to their own devices in terms of what they study but are expected to gain a good knowledge of every aspect of wine.

Alistair says he would taste between 300 and 400 wines a month and would take part in study groups where wines would be served blind to help him prepare for the exams.

He says: “There are three parts to pass: tasting, theory and a dissertation. The tasting is three days of blind tasting with 12 wines in each exam. You need to identify and analyse the wines correctly in order to pass.

“The theory is five papers and covers everything from viticulture, vinification, the business of wine and contemporary issues such as understanding the commercial link of a wine and its place in the market.”

The final part of the qualification was the research paper. Alistair’s dissertation was about the Itata region of Chile, where he had worked.

Alistair celebrated passing with his partner Aspen Weatherburn over a meal and... a glass of wine. What else?