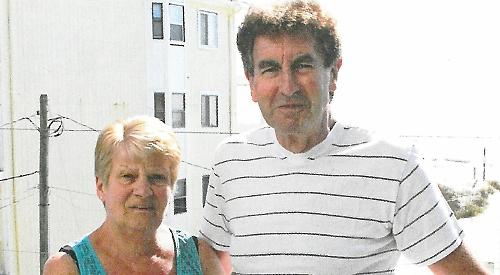 A COUPLE from Goring have celebrated their 50th wedding anniversary.

David Cooksley runs the 2nd Goring and Streatley British Boy Scouts while his wife Kathleen runs the beavers section. He is also the movement’s grand scoutmaster.

The pair met while attending dance classes at Goring village hall in the early Sixties and were married on September 9, 1967.

Mr Cooksley, 73, grew up in Goring and attended the village school before going on to Langtree School in Woodcote while his wife was raised in Pangbourne.

He joined the scouts as a beaver aged seven and progressed through the sections before becoming scoutmaster when he was only 17 as no one else was willing to take on the role.

Mrs Cooksley, 72, became involved while the couple were courting and by the time they married she was lady cubmaster. Children from the group formed a guard of honour for the wedding ceremony at St James’s Church in Pangbourne.

The couple lived in Goring for several years then spent many years in Mortimer and Burghfield but continued in their scouting roles. They moved back to their current home in Gatehampton Road about eight years ago.

Mr Cooksley, 73, was an architect on a number of major projects, including the Docklands Light Railway in London, and is now self-employed while his wife produced technical drawings for BT. They have three children, Karen, Gerard and Robin, and seven grandchildren and celebrated their anniversary with a family dinner. They plan to visit South Africa next year.

Mr Cooksley said: “We’ve been successful just by having lots of interests and activities in common and making sure to enjoy life. We’ve travelled a lot together and have been to almost every country in the world.

“The scouting movement keeps you young and active. I still run all our cycling expeditions, both abroad and at home, and have just got back from a get-together with the Order of World Scouts in Poland.

“Goring is a lovely community and we’ve always been involved in activities here. My parents were the same, so I suppose it’s in the blood.

“Lots of people in the village have congratulated us on the anniversary, which is really lovely.”