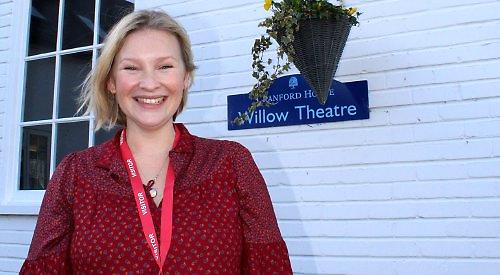 PUPILS at Cranford House in Moulsford took part in an all-day drama workshop.

They were joined by boys and girls from Crowmarsh, Goring, Stoke Row and Whitchurch primary schools for the session, which was aimed at building their confidence and encouraging them to explore and hone their acting skills.

They practised a number of dramatic forms, from tableau and mime to improvisation and physical theatre.

The children were also given the opportunity to work with actress Joanna Page, who played Stacey in the BBC series Gavin and Stacey.

Page, who lives near Woodcote, said: “It has been an absolute pleasure to be here with all the children, to play, move and roll around on the floor without worrying about making mistakes: that’s the point of acting.

“Children have a natural energy and playfulness that drama really allows to shine through.”

The children will meet for a further workshop at the end of the month to put the finishing touches to their rendition of the classic Russian folktale Ivan Tsarevich and the Grey Wolf before performing it in front of family and friends on the Cranford House stage.