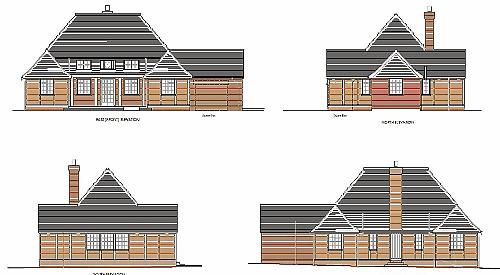 MOST residents appear to support plans to overhaul the sports pavilion in Peppard at a cost of about £264,000.

The parish council, which owns the building off Stoke Row Road, wants to extend it to create larger changing rooms and a better  kitchen.

The roof would also be replaced, the disabled access improved and the building made more energy efficient.

More than 50 people attended a drop-in event at the pavilion over the weekend where architect drawings and images of the new-look building were put on display for the first time.

Council chairman Simon Crouch, who attended the event, said: “There was a good mix of people from across the parish.

“Everybody was encouraging or welcoming in terms of the improvements.

“We have had 50 questionnaires back, with 80  per cent of respondents so far fully supporting the plan and agreeing the programme looks good value for money.”

Councillor Crouch said some residents were concerned that the renovated pavilion would take business away from the war memorial hall in Gallowstree Road.

He said: “We reassured them that the pavilion will be used for sports-related activity and not so much the social activity associated with the war memorial hall.

“We discussed with representatives from the hall about having a joint booking committee for the two buildings. This would help to manage bookings and get the maximum usage of both facilities.

“I’m pleased with that because it helps make a stronger community moving forwards.”

Cllr Crouch said about 60 per cent of respondents had said they would be happy to contribute towards the cost of the project.

He said: “I’m impressed by the number of people who are willing to make a personal donation. Considering we have only just had the launch weekend, I think this is an excellent start.” The council plans to apply for a £148,000 grant from South Oxfordshire District Council to cover half the cost of the work, including a contingency fund.

It will also make applications to sports funding bodies.

Peppard Stoke Row Cricket Club, the main user of the pavilion, has lauched a buy-a-brick campaign designed to raise £10,000.

Each brick costs £20 and every buyer will have their name included on a special board at the pavilion. More than 50 bricks have already been bought. The weekend display also included an information board about the 18 men from the parish who died during the Second World War.

A plaque to remember the men hangs in the pavilion and this would be retained.

The council expects to submit a planning application to the district council, the planning authority, in the next few weeks.

Cllr Crouch added: “I want to thank everyone who came along and took part.

“A lot of people have put in a lot of effort to get it this far.”