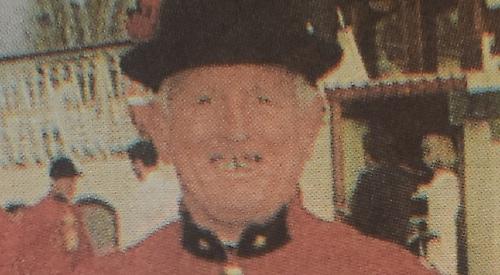 THE managing director of boat hire firm Hobbs of Henley has been appointed a royal waterman to the Queen.

Jonathan “Jonnie” Hobbs is one of just 18 people to hold the position and is the only representative of the Upper Thames.

He was chosen from the ranks of Thames watermen and follows in the footsteps of his father Tony and colleague Colin Hinton, who are both former royal watermen.

Mr Hobbs, 46, who lives in Stoke Row and has worked for the family firm for about 25 years, said: “When I was telephoned to say that I had been successful it was an amazing feeling.

“If you have decided, as I have, to give your life to working on the river to be a river waterman is the ultimate accolade. It recognises your achievements in a lifetime of work.

“My appointment ensures 60 years of royal waterman service from our 148-year-old family business. I know my dad loved his time as a waterman and he has made lots of really good friends that have lasted a lifetime.”

Royal watermen retire when they reach the age of 65 and thereafter are known as extra watermen.

Mr Hobbs had to wait for a vacancy to be in with a chance of selection.

In October he attended an interview at Buckingham Palace. “It is quite a daunting experience,” he said. “I was taken down a corridor and into an impressive office where you had the chief clerk and high-ranking staff members, including Paul Ludwig, then the Queen’s Bargemaster, who is responsible for the royal watermen.

“The interview lasted about 10 to 15 minutes and I remember thinking to myself whether this was a good thing.”

He told the interviewers that he had rowed when a pupil at the Oratory School in Woodcote and had competed at Henley Royal Regatta a couple of times as well as representing Henley Rowing Club.

Mr Hobbs was asked about his service to the river and explained he had several voluntary roles, including chairman of Visit Thames and the National Passenger Boat Association.

He will now receive a warrant of appointment, which will include a wax seal, and will be paid an honorary sum of £7.40 a year, £6 after tax. He will got to St James’s Palace for a fitting of the official uniform which comprises a skirted scarlet tunic with silver gilt royal cypher (plastrum) on the front and back of the jacket, breeches, navy/black cap, scarlet stockings, white shirt and black buckled shoes.

The duties of royal watermen are purely ceremonial. They escort members of the royal family on board Royal Nore as well as visiting heads of state who arrive in London on the Thames.

On-shore duties include acting as boxmen on royal carriages during state visits, royal weddings and jubilees and walking behind the sovereign’s bargemaster at coronation ceremonies.

At the state opening of Parliament the Queen’s Bargemaster and royal watermen travel on the carriages guarding the regalia when it is transported from Buckingham Palace to Westminster and back as a reminder of the days when it was brought by boat from the Tower of London. Mr Hobbs said: “It would be great to be close to all the pomp and ceremony, either on the back of the carriages or on the river. I love history and the history of this country.”

His father transported the Queen twice along the Thames in his role as a royal waterman. The first time was for the opening of the royal regatta headquarters in 1986 and again in 1998 when she opened the River & Rowing Museum in Mill Meadows.

He collected her from Phyllis Court Club in Windrush, the Environment Agency’s chief navigation officer’s vessel.

He was part of a guard of honour on the Spirit of Chartwell, a barge which carried the royal family for the Queen’s diamond jubilee celebrations in 2012.