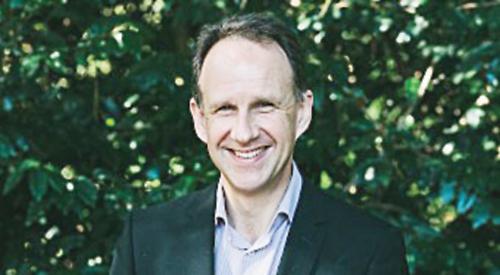 WHEN he was a GP at Sonning Common health centre in the Nineties, William Bird came up with not one but two new initiatives to benefit patients.

The first was Health Walks, which he launched to help people with diabetes get some vital exercise and was then taken up by GP practices across the country.

The second was the Green Gym, a spin-off of the walks programme for people who wanted the exercise but weren’t so keen on the social side.

This, too, went national and now has 130 groups up and down the country.

Dr Bird, who lives in Peppard Common, is the son of a doctor and grew up in Maidstone, Kent. He trained at the Royal London Hospital and then worked at Frimley Park Hospital in Camberley.

He started work as a GP at Sonning Common health centre in 1990 when the senior partner was Dr John Hasler, who is now the chairman of what became the first Green Gym group.

Six years later he was running the centre’s diabetes clinic when he came up with the idea of Health Walks.

Dr Bird, 56, recalls: “It covered diet and how to become more active. The patients were significantly more interested in diet, so when I would ask them if they had done their physical activity they would say ‘yes’ or they had not done it.

“They would say it was difficult as they had no money for the gym, they could not do sport or they did not like competitive stuff. They had all these excuses.

“Then one day I took my dog for a walk and went past the houses where these people lived.

“I thought, ‘For goodness’ sake, I’m on a footpath outside your house and you’re saying you are not doing the exercise because you can’t afford the gym’.

“They did not think of walking as exercise but walking is as good as any exercise for diabetes.

“I used to sit on a bench near All Saints’ Church in Peppard and there was a footpath there.

“I walked all the way around it and thought there should be people there all the time getting the exercise they needed.” vThe aim of Health Walks was to improve people’s fitness, both in body and mind, by encouraging them to use their local countryside for walking.

Dr Bird enlisted the help of Val Lunn, a fitness instructor who still lives in Sonning Common, and the regular walks began.

As the popularity of the initiative grew, Dr Bird realised that it had greater potential — thanks to those patients who weren’t so keen.

He explains: “There were two main things that kept people coming back for Health Walks.

“One was the social side where they got to meet other people, chat and then have tea and coffee afterwards.

“The other was being outdoors — the connection to the outdoors was really important.

“After a few months we realised there was a group of people who did not want to chat and didn’t feel the group was for them.

“I wanted to do something for them and realised the potential with the environment and set up the Green Gym.

“The health walkers were
predominantly middle-aged women whereas the Green Gym was
predominantly men and a slightly older age group.” The idea for the Green Gym came together at a meeting at the Red Lion pub in Peppard in 1997 but didn’t actually start until the following year.

Dr Bird enlisted the help of the British Trust for Conservation Volunteers, a national charity which dedicates itself to creating “healthier and happier communities” by bringing people together to conserve outdoor spaces.

It paid for the equipment needed to start the first Green Gym group in Sonning Common.

Dr Bird says: “They agreed to work together and build it up and the health centre helped. We wanted to help the local environment and to help people.

“We were able to get some money and set up two sessions a week and it was evaluated by Oxford Brookes University.

“We did it for a year and at the end of it the trust had given out another grant to work with a group in Portslade in Sussex to get it going down there.

“We realised it had a bigger effect where there was more deprivation and we became more interested in getting it into urban areas.”

Dr Bird says that asking a patient to attend Green Gym was a type of “social prescribing” that provided emotional, physical and mental support within the voluntary sector.

He said: “It’s a prescription the doctor can give which involves no drugs. It can help someone sort their mental health out.

“The vision was always we needed to get more people connected to the environment and to nature. I knew it was a good idea and the people who did it really liked it. If you get 100 people doing Green Gym about 50 to 60 of them are doing it for the health benefits.

“There will be three or four of those people who would be completely isolated on their own in a nursing home without the mental health stimulations it provides.”

Green Gym has also helped to maintain beauty spots and nature areas where local authorities can no longer afford to do the work.

Dr Bird says: “We don’t want to take people’s jobs away but the work the Green Gym does would not get done otherwise.

“We are helping to look after environmental areas, small parks and grass areas between tower blocks. It’s important because it gets the communities involved.

“It gives them a say in it and shows the value of it.

“With councils being strapped for cash, it means they are not able to co-ordinate these things, which leaves it to the community to deliver itself.”

After leaving Sonning Common health centre in 2001, Dr Bird became clinical director at the Met Office in Exeter, which involved investigating how people’s health is affected by the weather.

He spent six years there before going to work at Natural England as its strategic health lead.

Dr Bird also founded his own business Intelligent Health, which focuses on the positive impact that physical activity has on health and happiness.

More than 830,000 people have taken part in its initiatives, including Beat the Street, which turns exploring residential areas into a game where the residents earn points as they walk, cycle and run around them.

He still does out of hours work as a GP at the Royal Berkshire Hospital and in Newbury.

He has two sons, Theo, who works for Intelligent Health in business development, and Rory, who is a medical student at the University of Leeds. His daughter Georgia is training to be a physiotherapist.

Dr Bird also recently published an academic book called The Oxford Textbook of Nature and Public Health, which he co-edited with Matilda van den Bosch, an academic based in Canada. It looks at how nature positively impacts on our health and well-being.

In 2010 he made an MBE for services to healthcare.

“I collected it from the Queen at Windsor Castle, which is not so common now. It was a fantastic experience,” says Dr Bird.

“I was delighted and I just hope all I have done helped the cause of getting the connection between health, nature and physical activity going.”

• There have been two celebrations to mark the Green Gym’s 20th year. A group got together at Millennium Green in Sonning Common in January for a tidy-up of a glade of trees which were planted in 2008 to mark the 10th anniversary and more 50 people, including Dr Bird, attended an event on Watlington Hill in February.