Village runs out of water 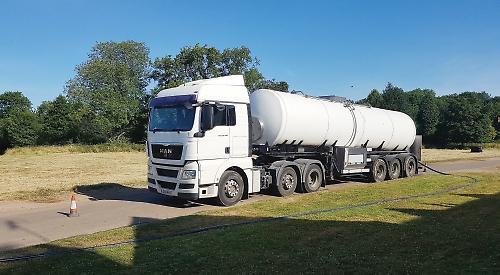 RESIDENTS of Northend have criticised Thames Water after being left with little or no water for more than a week.

The village ran dry on Monday last week when nothing came out of their taps for most of the day.

Since then the same thing has happened a number of times and even when the supply returns the pressure is often low.

The company says it is investigating the problem, which has happened during one of the driest summer periods on record with temperatures soaring above 30C.

Villagers, who include very elderly people and some very young babies, have had to stock up on bottled water and avoid using their showers and toilets at certain times of the day.

Thames Water is providing daily tankers of water to top up the main in the village but residents have complained about a lack of information from the company and not being provided with bottled water as well.

Dan Wels, who runs a management consultancy business from home, said: “This started on Monday last week with a complete loss of water. There was nothing coming out of the taps whatsoever.

“A lot of residents got in touch with Thames Water and the outage went on for a big part of the day.

“Thames Water appeared later on and said they were going to deliver bottled water. That didn’t happen.

“The water pressure has been up and down. Sometimes it’s fine but at other times there’s next to nothing. The problem has been going on for the last few years but this is the worst it has been. There are times when the pressure is noticeably low but this week has been a bit of a fiasco.”

Mr Wels, a Turville and Northend parish councillor who lives with his wife and two children, says a tanker came from Macclesfield on Sunday but was empty and the driver had to wait until 4am for instructions from Thames Water on where to fill up.

He said: “I have no idea what they are doing but the co-ordination with sub-contractors seems very poor.

“There is frustration and anger but one of the main problems is the inconsistency. It’s very difficult to know when you can have a shower or put the washing machine on.

“We have all stocked up on drinking water but the day-to-day management of the household is very difficult.”

Fellow villager Carolyn Wyndham, who was washing her hair when the water went off last week, said: “It’s very chaotic and Thames Water don’t keep us informed and they haven’t given us bottled water.

“There have been long gaps when no water is delivered, so you don’t know if you should flush the loo.

“About three or four weeks before this we had another shortage and Thames Water went to the Wormsley Estate looking for leaks.

“They told me the estate was watering excessively, which was causing problems, and they had asked them to reduce it.

“This time we’ve been told a similar thing but they are now saying it’s a combination of the estate and probably some leaks.

“We’ve heard that the estate refuses to cut down on watering because they have a big wedding happening there.”

Mr Wels added: “Thames Water has put the whole blame on the Wormsley Estate taking all the water out of the system but it seems there’s more to it than that.

“The estate has cricket pitches and gardens but they say they are doing nothing different to every other year.”

Estate manager Patrick Maxwell said: “It was an employee of theirs acting on his own initiative who made the suggestion that the water being used by the estate was responsible and the village understandably picked up on that.

“These are warm weather conditions and there have been events similar to this over the past 25 or 30 years. We haven’t done anything differently to in the past.

“When there’s very hot weather like this there is a lot of demand for water from everybody. The water pressure is down for everybody.

“Thames Water is spending a sizeable amount of time on the estate looking for leaks and blockages.

“There is a whole number of possible explanations for loss of pressure. This is a very old and relatively small main which runs from Stokenchurch, through the estate, up to Northend and goes on from there.

“I know Thames Water is going to need to think about what all of this means in terms of upgrading.”

A Thames Water spokeswoman said: “We’re sorry to those customers whose water supplies have been intermittently affected by the increased demand for water during the current hot weather.

“We’re using tankers to pump extra water into our pipe network to help cope with the high demand, which typically spikes first thing in the morning and in the evening, and have also increased water pressure for the area.

“We’re working closely with the Wormsley Estate to ensure there’s plenty of water for everyone and our investigations into how we achieve this are ongoing.”