Street pastors back for fourth year 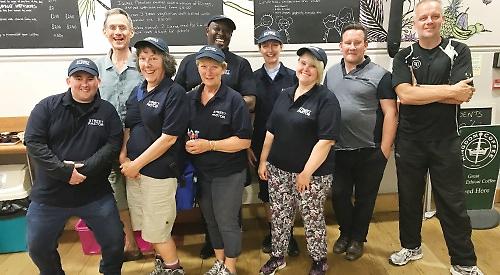 SIX “street pastors” were on patrol in Henley throughout the royal regatta.

The Christian volunteers, who were divided into two teams of three, were out from 8.45pm until as late as 2am, offering assistance to anyone who needed it.

They handed out flip-flops to women who were struggling to walk in their high heels and gave directions as well as calling ambulances for people who felt unwell. The pastors, who came from Reading and Wallingford, were supported by four volunteers from Henley Baptist Church in Upper Market Place who offered prayers and advice and provided refreshments. They were in constant contact with the police by radio.

This was the fourth year of the initiative. Douglas Griffin, one of the participants, said: “People were very pleased to see us, especially if we were able to help them with a problem, and were generally pretty well-behaved.”