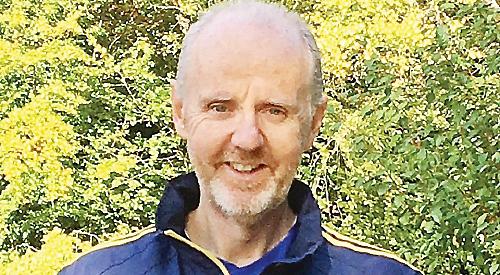 A COACH and founder member of Whitchurch’s youth football club has received an award.

Alistair Aitchison, a father of five, was part of a small group of parents who set up AFC Whitchurch in 2000 because they were concerned about the lack of activities for children in the village.

Initially the club had about 50 players aged five to eight but now it has more than 100, who are mostly boys, across six teams from under-nines to under-18s.

Last season, the under-18s team, which includes many players who had been with the club since the start, finished sixth in the East Berkshire youth league’s first division in their first season.

Now Mr Aitchison has won the Oxfordshire Football Association’s Respect award, which celebrates people who have inspired positive change and brought out the best in others.

He was presented with the trophy and a certificate at a ceremony at the Kassam Stadium, the home of Oxford United FC, hosted by the FA’s national women’s football development manager Rachel Pavlou.

Mr Aitchison, who was nominated by club chairman Alex Hilton, said: “I was shocked when it was announced but very grateful. I felt I was accepting it more on behalf of all the other coaches and parents who’ve put so much time and effort into the club.

“It’s very much a community endeavour and there is a lot of coaches who’ve been working hard towards its success.”

Mr Aitchison, 55, who lives in High Street, Whitchurch, with his wife Kathy, was a keen sportsman in his youth and originally helped start the club to give Zander, then five, the same opportunity. He coached his son’s squad to under-18 level before moving down to the under-15s this season.

Mr Hilton said: “Alistair has instilled the values of great respect in the players and this shows in the respect they have for him. He is a fair and calm coach with great communication skills who sets the bar to ensure the team achieves its goals.”

Mr Aitchison, a business consultant, met his wife, a sports masseuse, while working in her native Nottingham. The couple lived and worked in America before moving to Whitchurch when Mr Aitchison accepted a job in Bracknell in 1997.

He obtained an FA coaching qualification shortly after the club was founded.

He said: “I always felt that I wanted to invest time in my boys and lots of parents felt the same way back in 2000. There was a sense that there wasn’t a lot for them to do and we felt we had a duty to provide that. It was supported by Whitchurch Primary School, which had similar concerns and wanted children to be able to play against other teams.

“Over the years, the FA has changed how football is run so that it only becomes competitive at the age of 11. Until then, it’s about developing skills and giving the kids plenty of time with the ball, which I support.

“The concept of respect is very important, particularly when you consider the frequent examples of cheating or abusive behaviour that you see at professional level. We believe in honesty, working hard, playing good football and respecting the referee.

“We’re here to help young people build confidence and skills both in their sporting abilities and their personal relationships. It’s wonderful to see them making that progress and makes coaching worthwhile.”