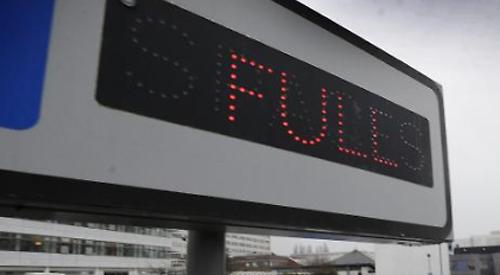 ELECTRONIC signs could be installed on the outskirts of Henley to warn drivers when the town’s two main car parks are full.

The town council is considering spending £67,768 on the signs at three “key” entrances to the town in Reading Road, Fair Mile and the Remenham side of Henley Bridge.

They would be linked to automatic number plate recognition cameras and underground sensors which would detect when the car parks off Greys Road and King’s Road were nearing capacity.

Once the cars parks reached a limit, probably between 90 and 100 per cent, they would signal the signs to light up. They could also send alerts to a mobile phone app which drivers could download.

The system could also measure levels of air pollution, which is a long-standing problem in parts of the town centre, by mounting sensors alongside the cameras.

The council’s transport strategy group obtained estimates from seven providers who quoted a range of prices from £15,500 to £82,100.

The group chose the second-highest estimate of £60,980 plus an annual operation and maintenance charge of £1,936, which was the second lowest.

Patrick Fleming, a member of the group, said: “If we had signs warning when spaces were taken, we’d have half a chance of people going to the car park at the station and not just circling round and round the town in the hope of getting a space.

“The same could be said of the car park at Henley Rugby Club and that’s exactly what we’re hoping to achieve.

“As long as the system advertises that long-stay parking exists and short-stay is full, it will offer useful information to help people make a decision.”

He said the preferred bidder seemed to have the best grasp of how complicated the parking system was.

“When you compare it to the cost of decking those car parks, which has been proposed, it really isn’t much to spend.

“They are already at capacity because whenever you go, there’s always at least one person circling around trying to park. These signs could divert excess traffic away and stop queues building up.”

Town, district and county councillor Stefan Gawrysiak said: “Henley’s roads are overloaded and there’s not a fat lot we can do about it.

“However, if people can see that the car parks in the centre are full and park elsewhere then we can maximise the use of existing spaces.”

The idea of decking either the Greys Road or King’s Road car park has been floating around since the Nineties.

In 2016 South Oxfordshire District Council, which owns and manages both, earmarked £770,000 towards building a second deck at the latter. However, it later scrapped the idea, saying it would add only 90 extra bays to the existing 380 and would increase air pollution without significantly improving congestion.