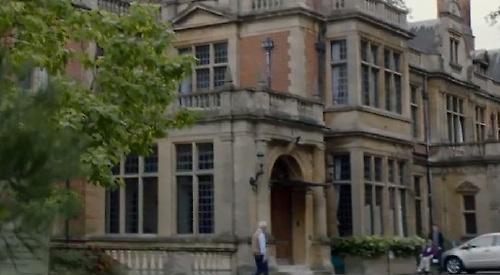 AN elderly woman from Nettlebed who cares for her terminally ill husband at home says she will struggle when Sue Ryder shuts its hospice in the village next month.

Heather Goodall, who has been married to Roy for 50 years, fears she will be unable to help as his condition worsens and says she would be less worried if inpatient care was still available on their doorstep.

The charity is to close the Joyce Grove hospice, which has six beds, on March 31 without providing a bedded facility elsewhere.

Instead, patients will have to use its 24-hour “palliative care hub” in which nurses telephone regularly and visit when needed.

Mr and Mrs Goodall, who have lived in Nettlebed all their lives and were married at St Bartholomew’s Church in the village, began
using the charity’s home care service last year.

But 70-year-old Mrs Goodall
doesn’t believe it will be enough in her husband’s final days.

She says the charity’s nurses do a good job but her situation is still stressful and will get worse as his needs increase.

Mr Goodall, 80, a retired carpenter, was diagnosed with prostate cancer in 2016 and underwent radiotherapy which appeared to succeed.

However, he fell ill again a year later and tests showed the disease had spread to his bones so was no longer treatable. He registered with Sue Ryder’s outpatient hub while his wife, a former care assistant at the Chilterns End care home in Henley, began adapting their home in Priest Close to make their life easier.

She has installed a stairlift and this will be followed by a walk-in shower, for which they have been waiting a year.

During this time she was hospitalised herself, which added to her worries about coping.

In recent months her husband has suffered a stroke and cellulitis, a potentially fatal bacterial infection, and he needs morphine to manage his pain as well as help with washing and other personal tasks. He also experiences periods of confusion and disorientation.

If it reaches the point where Mr Goodall needs a hospice, the nearest alternatives will be Sobell House near Oxford or Sue Ryder’s Duchess of Kent hospice in Reading, which doctors say are already approaching capacity.

The Goodalls’ two grown-up children and three grandchildren live nearby but the couple say it is unfair to ask for their help because they have work and other family commitments.

Sue Ryder says it wouldn’t be viable to open a new bedded centre because demand has dropped as most people now wish to die at home. However, many families who have lost relatives at Nettlebed dispute this, saying they couldn’t have coped without it.

Mrs Goodall said: “The Sue Ryder nurses have been faultless but there are so many possible issues when you’re caring at home because of all the adaptations.

“Roy has got his own hospital bed, two walking frames, a wheelchair and things on the toilet to help lift him up and any of these could suddenly need fixing.

“He has fallen over three times recently, sometimes late at night, and the care hub couldn’t help because they said it was too serious. They told us to call 999 so paramedics could pick him up and check for injuries.

“It’s so hard to keep going because there’s no respite and even our doctors say there’s nowhere else to go. He can’t go to hospital because he isn’t ‘ill’ in that sense but I’ve always believed he’ll need inpatient care one day. Now we don’t know where that might come from.

“I worry how Roy would cope if I had to go to hospital again but I can only do so much because I’m old myself. The kids have been brilliant but they’ve all got to earn a living and we can’t expect them to always be there, especially during the week.

“It would be reassuring to know the local hospice was still an option and I’m sure most people around here feel that way. I know some people say they want to die at home, as I’m sure Roy would, but will they or their carers feel the same when it’s coming to the end?

“We absolutely need somewhere with beds, even if it’s just to give patients and their carers a few days off. I don’t understand why they can’t just move to Townlands Memorial Hospital in Henley, like they originally said were going to do.

“Now even the nurses don’t know where they’ll be based once the hospice closes, though I get the feeling they’ve been told not to discuss it.”

Mrs Goodall’s views have been echoed by dozens of patients, relatives, staff and volunteers who have spoken to the Henley Standard, written letters or commented on its Facebook page since the closure was announced last month.

In 2014, Sue Ryder backed out of a deal with the NHS to move to the second floor of Townlands because the new premises weren’t big enough for all its services and it didn’t want to be spread across multiple sites.

In 2018, the charity promised to move to a centre with at least eight beds but occupancy at Nettlebed was about 70 per cent then and Sue Ryder says has since declined.

The charity must raise £3.1 million a year to deliver all its services in South Oxfordshire and only about a quarter comes from public funding. It says it struggled to meet the cost of maintaining the aging Grade II listed building.

Meanwhile, the outpatient hub, which was launched in April 2018, became increasingly popular over the past two years.

The charity says it is still seeking a new base for the outpatient hub, which could also house day services such as befriending, counselling and art and complementary therapies if there is space.