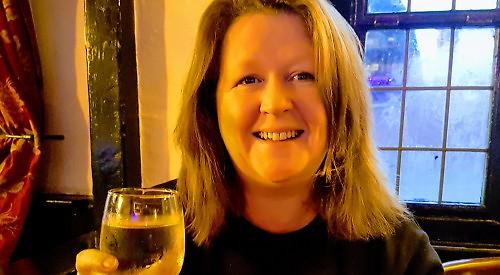 THE organiser of the annual Eat! Food Festival in Henley says it will be more important than ever to support local traders this year.

The second annual event was due to take place from June 13 to 27 but has been put back to August 1 to 22 in the hope that the coronavirus pandemic will be under control by then.

Philippa Ratcliffe, a food events curator, says the loss of high-profile events, such as Henley Royal Regatta and the Henley Festival, will be a huge loss to the town’s businesses so her event will be important to traders.

She said: “Our event is not just one day or a weekend. We have 20 things going on across the two weeks.

“When we come out the other side of this, it is going to be more important than ever to support our town, our high street and our local businesses.

“In the current climate, it is our local farmers and producers who we have turned to and I hope people won’t forget about them when this is all over. They have supported the community and it is only right that we support them.”

She said it wasn’t an easy decision to postpone the festival but added: “We decided to move it on for everybody’s benefit. This is about the health, safety and welfare of everyone taking part in the festival.

“Compared with other events, we were in a fortunate position where we were able to postpone it.”

The rescheduled festival will start with the Big Feast in Market Place in which more than 30 stalls are expected to take part. Like last year, visitors will be able to pick up a “feast for a fiver” at each stall.

The climax of the festival will be the Riverside Fiesta on Mill Meadows with live music, street food, bars and a floating market to celebrate the end of the fortnight.

A Some Like It Chilli Hot event will be held at Henley Rugby Club on August 7 and Brakspear will be brewing a special beer for the festival, as it did last year.

Miss Ratcliffe, who lives in New Street, Henley, wants to make the festival as environmentally friendly as possible.

None of the traders at the Big Feast will be selling drinks in plastic bottles and there will be educational talks about limiting food waste with help from South Oxfordshire District Council.

She also hopes to put on an event called Taste of Slovenia to celebrate Henley’s twinning with Bled. The town is also twinned with Falaise in France and Leichlingen in Germany and Miss Ratcliffe said: “I want to involve our other twin towns because I think it is important to explore their culture and cuisine and hopefully we can also take a bit of Henley back to their countries as well.”

Food on Film is returning to the Regal Picturehouse, where food-related films will be shown. New to the festival will be Life on the Veg food fair in Market Place, which will focus on the vegetarian and vegan alternatives available in Henley.

Miss Ratcliffe said she hoped people would see the festival as “light at the end of the tunnel” to help them through the lockdown.

She added: “We are trying our hardest to make sure something happens. We are going to be doing something unless there is a good reason why we can’t and we are advised otherwise.

“We don’t have the regatta and the festival and it is really going to hit the businesses hard in the town. We want to try to carry on in some small way to help Henley and to boost everyone’s coffers.

“We are all going to be ready for a bit of a party at the end of this and want to enjoy ourselves. This is about putting on a great event for Henley. People told us last year that it was one of the best local events they had been to and you can’t get better testimonials than that.”