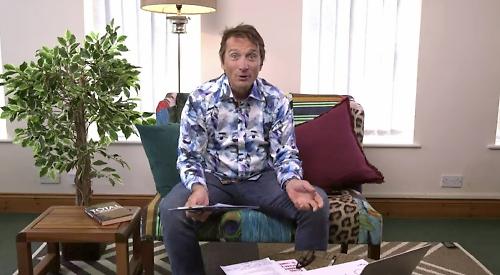 MORE than £22,000 was raised as a result of the inaugural Henley Lockdown Fest.

The two-day online event was organised to provide entertainment during the Coronavirus pandemic, with many of the summer’s big-ticket events having to be cancelled.

The money raised will be shared between the NHS and Riverside Counselling Services, which is based at Northfield End.

The event, which was streamed on May 2 and 3, was hosted by Graham Bell, of New Street, Henley, who is a former GB Olympic skier and TV presenter.

He introduced the acts and took part in the fundraising effort by doing push-ups in the studio on the second evening.

Adam Isaac, who wrote the festival anthem Bring Happiness Home, was the penultimate act of the festival and he performed his final song wearing only his pants after the £20,000 target had been reached.

There were also a number of acoustic sessions, a wine tasting with Alistair Cooper, fitness and yoga classes and Bobby Davino’s Family Fortunes.

For the full story, pick up a copy of this week’s Henley Standard.