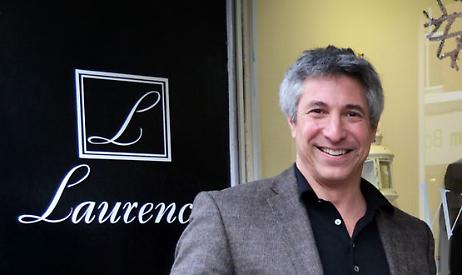 Most accept the new measure, saying it is necessary to prevent the spread of coronavirus, although some are concerned that it could deter customers.

The rule comes into effect today and anyone failing to comply can be refused entry by staff or fined up to £100.

Masks will not be mandatory in cafes, restaurants and pubs although shoppers are advised to wear one if they are ordering takeaway food.

Marion Crocker, who owns the Estilo clothing and gift shop in Duke Street, said the move could deter some shoppers who felt it was inconvenient.

She said: “One of my customers told me they were coming in to browse now before they have to wear a mask. She wears glasses which obviously steam up and her husband said he wouldn’t bother going to the shops.”

Laurence Morris, who runs Laurence Menswear in Duke Street, said: “It gives some people a sense of safety but others believe it will be a hindrance and it could prevent them from shopping as much. More of the feedback I’ve received is that people don’t like the idea but if that’s the rule, then that’s the rule.”

David Rodger-Sharp, who runs a jewellers of the same name in Duke Street, was initially concerned about the impact on business but now believes the measure will boost shoppers’ confidence.

He said: “The day after it was announced, we started to get more people coming in the shop wearing face masks than we had in the month before. It will encourage people to go out again as they’ll feel safer if everyone else has face coverings.”

Michele Langenbrinck, co-owner of Cecilia Quinn shoes in Hart Street, supports the idea and is giving free masks to customers.

She said: “We hope it will help shops to stay open while protecting people. We want to avoid a second lockdown.”

He said: “Most people didn’t wear a mask when they came in until recently, but now more and more people are wearing one.”

Face coverings have been recommended for enclosed public spaces since May and compulsory on public transport since June 15.