Putting green could be re-opened 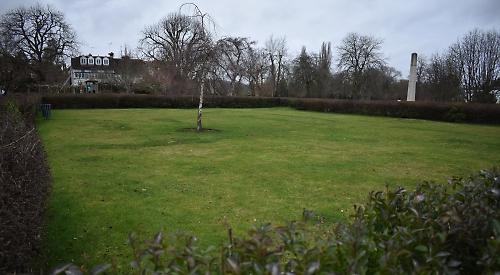 THE putting green at Mill Meadows in Henley could be re-opened.

The town council, which owns and manages the facility, has agreed to form a working group to discuss its future.

The 1,210 sq m area, which is next to the bowling green and surrounded by a hedge, has been shut for the past two years following the closure of the information kiosk at the nearby Leichlingen pavilion.

This was used to hire out the putters, balls and scoring cards during the summer season but the town council opted not to open it last year to save about £7,000 in staff costs.

The nearby Piazza Café offered to hire out the golf equipment in exchange for having a pop-up cabin beside the green but councillors didn’t want to have a business operating on the site.

There have since been calls to refurbish it as an “adventure golf” course with themed obstacles or dedicate part of it to a forest school, a form of hands-on outdoor education.

The council has held meetings with companies which design such courses to look into the logistics and the financial aspects. It says this would be a significant project which would require “a considerable amount of investigation”.

Other improvements could include planting more trees, setting up a general purpose “community hub” for outdoor meetings and sports and possibly re-opening the kiosk.

At a meeting of the council’s recreation and amenities committee recommended allocating £5,000 for professional advice.

Councillor Laurence Plant said: “Hopefully future generations, young and old, can get some benefit from however it is used.”

Councillor Will Hamilton said: “It’s a fantastic asset to the town though it’s currently in an unplayable state.

“There is an opportunity for our parks staff to really go to town over the winter and spruce it up.”