Working at supermarket has been positive experience 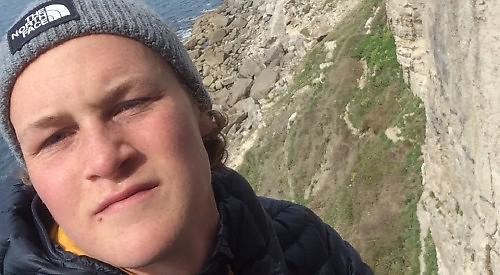 THIS time last year I was among thousands of students across the UK who were looking forward to finishing their degrees, writes Jamie Morris.

After a few more months of solid graft, taking exams and meeting deadlines, the world was my oyster, or so I thought…

My travels were cut short because of coronavirus and the job I had at a local brewery had come to an end. At 22, it felt like the world had stopped.

Besides travelling abroad and attending university, I have lived in Henley all my life. I live in Nicholas Road with my mother Justine, brother Sammy and sister Zuzu.

Like Ella and James (above), I attended Trinity Primary School and then went on to Gillotts School up the road.

I studied creative media at The Henley College before going to the University of the West of England in Bristol where I graduated with second class degree in media and a journalism last year. I worked at the Rebellion Brewery in Marlow from the age of 14 during the holidays.

It was only after Christmas, during the third national lockdown, that I was told for the first time in eight years that there was no more work for me. I remember going home that day feeling quite excited, knowing that it was time for me to join the job hunt and find something new to do.

It didn’t take long for the novelty of submitting job applications to wear off. I realised that I would be at home every day, endlessly searching and applying for jobs as many of my friends had been doing for almost a year.

At first I focused on applying for jobs related to my course of study, journalism, and jobs within the media. But it wasn’t long before I started applying for other things such as teaching and even gardening.

After weeks without a response from more than 10 job applications, I felt isolated and frustrated. However, speaking to friends and realising that almost all of them were feeling the same was somewhat reassuring.

This also made me realise the extent to which the effect of the pandemic was having on young people and that many graduates were claiming unemployment benefits. I went to the BBC with an idea for a news story about graduate unemployment which aired in February.

The ironic thing was that the day before it was broadcast, I was told I’d been successful with my job application to work at Waitrose in Henley (a job I never expected to be doing after graduating).

The response the story received was incredible, especially from those who had felt the same way as me but weren’t sure if they could talk about it.

Having been at Waitrose for more than a month, I have found it to be an extremely positive experience. Interacting with customers and colleagues as well as learning new things continues to keep me going through the current situation.

Like Ella, James and thousands of other new graduates, the class of 2020 still has a long road ahead but going on walks with friends, talking to each other and applying for those jobs you didn’t expect to do might just be what sees us through this mess.