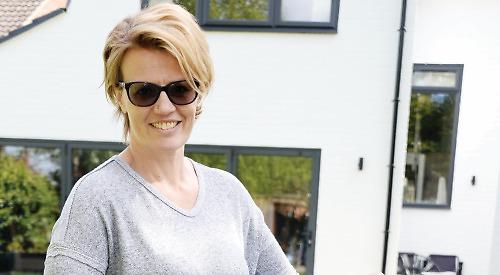 A CALL has been made to expand Henley’s farmers’ markets.

At the moment, about 14 traders pitch up on Falaise Square on the second Saturday and fourth Thursday of every month.

Mrs Schäfer says the market could instead be held inside a larger enclosed area and traders could be encouraged to give demonstrations or talks about their production methods after packing up their stalls at about 2pm.

There could also be live entertainment, including performances by bands, to attract families once schools finish for the day.

Mrs Schäfer, an interior designer, began discussing her ideas with town and community manager Helen Barnett shortly before she resigned last month. Ms Barnett’s replacement is yet to be appointed.

Mrs Schäfer said: “Henley is very well known for the festival and royal regatta but at heart we’re a market town and need to make the best possible use of that heritage, which I don’t think we do. Our community has always ‘thought big’ so it would be wonderful if the market was more than just a place to go and buy some meat, fruit and veg.

“Everybody knows it’s there so it’s just a case of building on that.

“The idea still needs fleshing out but Helen was very excited by it. We’re lucky to have some amazing local farmers and I’d love them to come into town more often to explain what they do.

“It’s really important that children appreciate where their food comes from instead of thinking it comes from a packet and building up our markets could help that.

“There’s a lot of potential and I’m sure many restaurants would support this because they could promote the local produce which they serve as part of their menus.

“However, it’s still early days and I’d need more time to bring people together and make this into a campaign.”

The idea was discussed at a recent meeting of the partnership, as was encouraging farmers to run short-term “pop-up” ventures in vacant shop units.

Mrs Schäfer said: “We’re not sure what space is available at the moment but it would be a creative way of using the town’s resources to their fullest and giving producers another outlet. Other businesses have run successful pop-ups in the past.”

Isobel Harris, the partnership’s manager, said: “There were even suggestions of a large marquee on the square but it would take a huge amount of work to set up and take down every week, so I don’t know if that’s practical.

“Expansion is a good idea generally but we’ve only really had a few off-the-cuff conversations while throwing ideas around. I don’t think it will happen overnight, although the demand’s clearly there.”

Farmer Tracy “Bill” Betteridge, of Chiltern Lamb, who co-ordinates the markets on the traders’ behalf, said she had discussed expansion with Henley Town Council.

She wasn’t against staging additional events but said that farmers couldn’t bring livestock into the town centre. Ms Betteridge said: “The market has really picked up since the covid restrictions ended and we’re already working on further changes but let’s see what happens, it’s too soon to say anything for sure.

“I’m always up for talking about improvements but my main concern will always be ensuring that any money goes directly to my fellow producers and not to resellers who often charge a lot more.

“I’m also not convinced that Falaise Square is the right setting for anything more than stalls as it could cause an obstruction. People have the chance to find out more about their produce by talking to the seller when they buy it.”

She said it might be better to stage demonstrations or educational talks at other venues in the town.

“We’re open to all suggestions and it’s certainly not a bad idea but the problem is space,” she said.

“The market is growing all the time but the main priority is finding room for the stalls.”