Residents offer their homes to refugees 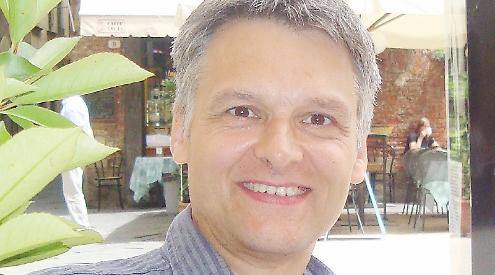 RESIDENTS of Henley have been volunteering to house Ukrainian refugees.

The Government has launched the Homes for Ukraine scheme, which allows people, charities, community groups and businesses to express their interest in homing people fleeing the war.

A website was launched on Monday and more than 100,000 people across Britain have already signed up.

The first phase of the scheme allows people to nominate a named Ukrainian person or family to stay with them at their home or in a separate property.

Henley MP John Howell said he appreciated the kindness of people who had offered to help or were raising funds.

He said: “I’m extremely grateful for their assistance and anything they can do to help the situation — it all goes a long way to make sure Ukrainians are welcome.

“The number of people who have expressed a wish to provide accommodation for Ukrainians is far in excess of the number of Ukrainians wanting to come to the UK. I’m working very closely with the Government on making contact with places like Poland which have received about 1.5 million refugees as that is where they want to go.”

Laura Reineke, principal of the Henley Music School, is hoping to provide a home for a Ukrainian woman and her 13-year-old daughter.

She found out they were looking for a home in the UK after attending the Play for Peace concert in Trafalgar Square almost two weeks ago.

Ms Reineke, who lives in Damer Gardens, said: “We had a WhatsApp group for all the musicians and once we finished playing someone suggested it would be good to pair up musicians from Ukraine with ourselves. One woman had some contacts in Ukraine and one woman was looking for a home with her 13-year-old daughter who plays the violin and is a keen gymnast, so I said I could have them as I have a spare room and we were put in touch.

“She escaped Kyiv with her husband and they are now in Slovenia but her husband will be staying there. I have a feeling that from this there will be more of her friends who need homes here.”

Ms Reineke, who is also a violinist, hopes the move will be confirmed at the end of this week once she has gone through the visa application process with the family.

She said: “When the scheme opened I went online to say I would be happy to have the named pair. The website was so busy it kept crashing but I eventually got in.

“Everybody from Play for Peace is in contact with someone. Many refugees want to stay in London because they’ve come from a big city but I’m hoping that lots of people will give up a room for refugees.

“It’s important to think it through carefully and you need an exit strategy in case you don’t get on. I think the age of children compared with your own needs to be considered.”

Fiona Epsom, also from Henley, is also hoping to provide space for refugees but doesn’t have a named Ukrainian, so she has started a networking group to help families from the war-torn country.

She said: “It’s all very new and lots of us have put our names on the Government’s website but it wasn’t clear on how to make the next move and get a match.

“My feeling is that if we can say we have 40 homes available in Henley it would be easier to get a community in Ukraine where they all know each other to all come here.

“Laura Reineke already has a family coming and we can ask them if they have friends who need help as it’s the matching that is slowing things down. If we can identify networks and do the matching ourselves that would be good.”

Ms Epsom, a project manager, said the networking group would also help residents who were feeling nervous about housing a refugee as it would allow them to be more specific in who they can accommodate.

She said: “I think some people are also a little bit scared because the website is not very descriptive. It asks how many people you can take but it’s more nuanced than that.

Val Johnstone, who lives in Middle Assendon, has created a support group for her village as many residents have signed up for the scheme.

She said: “It is for people who will host refugees and others who want to help in other ways, such as lending their cars or doing doctor and shopping trips — it’s such a nice support group.

“We’ve never had refugees come to Henley before but this time it could happen as I think it’s going to be needed. We wanted to think ahead and most of us have put in our applications and are just waiting to hear back.”

Mrs Johnstone is a volunteer for Care4Calais, a refugee crisis charity for the Thames Valley, which was founded by her daughter Sam Jonkers.

She said: “As I volunteer for the charity, I have the knowledge of how things are run and what things are needed. I think a lot of churches will be involved as well. I’m in the Quakers and we’ll be in discussion of what we can do to help.”

Henley Baptist Church in Market Place will be helping members of its congregation who want to sign up to the scheme and hopes to sponsor people as the scheme develops.

Jeremy Bray, church leader, said: “People in our congregation are very keen in considering whether to open their homes and I already know one young couple wanting to open theirs and others who have expressed an interest. We think the local community should do everything it can. We need to understand the details and implications and take the time to consider them, but we’re very keen to be really welcoming.

“The scheme means we have to have a named contact in Ukraine so it’s a slow process but people are making contact and some people already have names.

“It will take time but there are steps being taken and we’ll be fully supportive alongside the other churches and groups in Henley.”

On Wednesday, members of the congregation watched an online seminar by Krish Kandiah, who is leading a campaign to find churches and individuals to support the sponsorship of Ukrainian refugees coming to the UK.

Henley Mayor Sarah Miller said she supported people wanting to house refugees and planned to speak to the town council about what it can do to help.

She said: “If there were any available homes that are empty and we could house refugees in, I would try to do what I could to make that happen. If there’s anything we can do as a town then we will. I never thought I would have to explain to my kids about war. It’s shocking and sad.”

A spokeswoman from South Oxfordshire District Council said: “We await full details of the Homes for Ukraine scheme from the Government but we will do all we can to support refugees and will offer a warm welcome.”