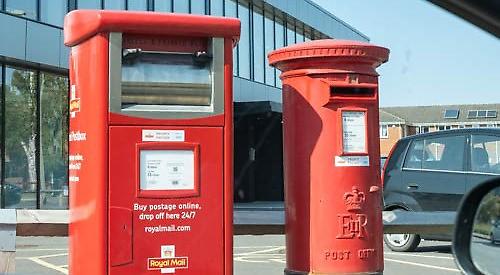 THE closure of Goring post office has been criticised by the chairman of the parish council.

Bryan Urbick said it was the latest example of the village losing critical services following the closure of its two banks.

The post office branch in the McColl’s store in High Street is to close at the end of trading on Thursday pending the closure of the shop itself.

The Post Office said the branch would be replaced by a temporary mobile van for two hours on two days a week.

Council chairman Bryan Urbick said the closure of the banks had made the post office even more important.

The Lloyds TSB branch in High Street shut in June 2017, six years after the HSBC bank on the other side of the road was closed.

Councillor Urbick said: “We have been losing these kinds of services and they are particularly important for those who do not have regular access to other services locally, such as banks.

“This is a degradation of services and the loss of access to banking is very difficult for a lot of members of our community. It’s very frustrating. More than a third of the people in our community are over 60 and some are quite elderly.”

He said the closure was also bad for the environment as it would force people to drive to access banking and Post Office services.

“I drive but I do not want to drive 25 minutes into Reading or Wallingford and pay to park just to go to the bank,” said Cllr Urbick.

He said he was not impressed by the planned mobile service and the parish council would do all it could to secure the return of a permanent post office as soon as possible.

Cllr Urbick said: “We were promised a regular temporary service but two hours, two days a week, does not seem very much and it’s also going to be open during the school run. It cannot fulfil the role of a permanent service.”

The council has canvassed other shops to see if they would accommodate a post office counter.

It also offered the use of the old parish council offices in Red Cross Road as a base for the mobile service but the Post Office had not responded. Cllr Urbick said: “We do not feel like the communication is very good. The challenge is there has to be a certain level of security and a safe as they keep a fair bit of currency. Finding a new location is a bit more limited because of this.

“We will wait and see what happens and keep pushing for the return of a full-time post office.

“It is important the community does not lose another permanent service. In my experience the current post office is very busy. It’s in the front of the shop and there is always a queue.

“We try to have a thriving high street with lots of activities. We have some great businesses that do a lot within our community — all good reasons to have a post office.

“It feels like there is all of this stuff being cut back and as a parish council we try to help and raise these issues. Our objective is to have a permanent post office again as soon as possible.”

The mobile service will start on Monday, June 13. The van will be located in the car park of the Londis store, locally known as Jack’s, in Wallingford Road every Monday and Thursday from 8am to 10am.

The Post Office said the temporary service would be provided by the postmaster for Warborough, who already serves several other rural communities in the area. Ian Johnson, the Post Office’s etwork provision lead, said a mobile post office was a tried and tested way of serving smaller communities.

He said: “We are delighted to be maintaining a Post Office service to Goring with the mobile service. This will be a temporary service while we continue to look for permanent solutions.”

Other South Oxfordshire villages have also lost their post offices in recent years — Stoke Row in November 2014, Checkendon in February 2016, Woodcote in October 2017 and Nettlebed in February 2018.

All four are now all served by a mobile service, sometimes for just an hour on two days a week. Other villages have also lost access to banking services.

The decision to close the Goring branch of McColl’s is understood to have been taken before the struggling convenience retailer was acquired by supermarket giant Morrisons on May 9.

A McColl’s spokesman said: “Having explored all options, regretfully we have taken the difficult decision not to renew the lease on the store in Goring. We are saddened to no longer be operating the store and our priority has been to support all affected colleagues.”