Retired soldier made MBE for services during pandemic 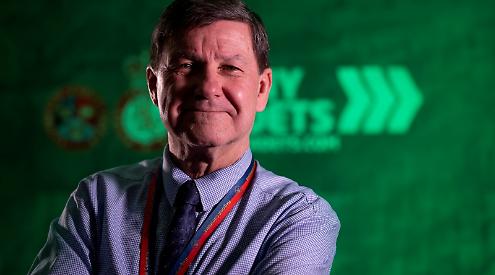 A RETIRED army soldier who now looks after the cadet forces has been awarded an MBE for his services during the coronavirus pandemic.

Paul Crossman, 65, who lives in Cornwall but has links to Goring and the larger Henley area, was named in the Queen’s platinum jubilee honours roll.

Mr Crossman began his military career whilst at university in London where he joined the officer training corps. In 1979 he was commissioned into the regular army until his retirement in 2010. He then worked as a consultant for the Ministry of Defence before moving into the role of lead staff officer for the combined cadets.

Mr Crossman said: “During the pandemic we had to consider what we had to do to the cadet footprint to keep it safe in a covid context. Practical things such as making sure weapons were properly secured, equipment was properly secured but more importantly, through our adult volunteer base, was that we kept in touch with the cadets to make sure they were coping okay.”

He said that when the news of the award came he was “gobsmacked”. Mr Crossman said: “The range of emotions you go through, from total shock and then there was a slight period of almost embarrassment or guilt because quite frankly you don't get these things entirely on your own effort, you think of all the people who supported you during the activity you have been recognised for.

“I said to the guys at work, you all played your part in this, I couldn’t have done it entirely on my own.”

Mr Crossman will receive his medal in the autumn at an event held at Buckingham Palace.