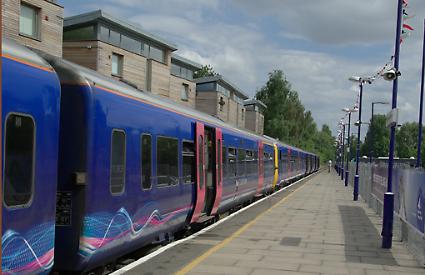 ALL train services along the Henley branch line have been cancelled tomorrow (Saturday) due to a rail strike.

No trains will be running from stations in Henley, Shiplake and Wargrave as part of the strike action by train drivers.

Great Western Railways, who operate the service between Henley and Twyford, have had to close most of their network because of the strike by ASLEF union. Disruption has been caused to trains across the country over the last week as rail workers have walked out in protest about pay, jobs, and terms.

On Wednesday, 40,000 members of the RMT union working at the National Rail walked out, leaving only around 20 per cent of services running. The disruption continued on Thursday, although services on the Henley line were not affected either of the two days. Customers who have already purchased tickets for strike days can claim a full refund or amend their ticket, with those who travelled and were delayed potentially entitled to compensation.

A spokesman for theRail Delivery group, which represent train operators and Network Rail, said: “This dispute is about the future of the railways. We want to give our people a fair pay rise.

“Still, in return, we need to agree on reforms which deliver more punctual, reliable services ­— including on a Sunday — a better, safer station experience and a more affordable railway for passengers.”