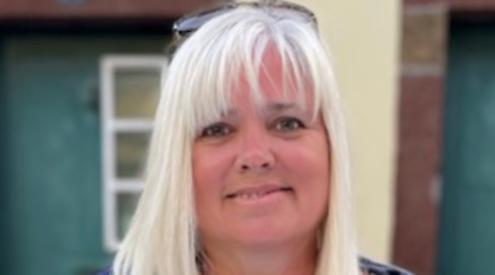 A TEACHER shed a tear as she watched her former pupil Fran Kirby help England win the Euros.

Gail Ray said the whole of Caversham Park Primary School was proud of the striker who played 55 minutes of the Lionesses’ 2-1 victory over Germany at Wembley on Sunday.

Kirby, 29, who grew up in Caversham Park Village with her parents Steve and Denise and brother Jamie, featured in all six of England’s games during the tournament.

The final victory sparked celebrations across the country and has been hailed as a huge boost for women’s football that will inspire generations of girls to come.

After the game, Kirby said: “It’s amazing. It’s something I have dreamed of for a long, long time. It’s incredible.”

Ms Ray, who is now headteacher of the school in Queensway, said: “There will definitely be some celebrating when the children get back to school as she is like a hero around here.

“The pride we have for Fran and her performances at the tournament matches the pride we had for her when she was at the school.

“She has been so courteous, professional and humble in all her media appearances, which is typical of the Fran we know.

“I could see her reaching those heights when she left the school. She had the passion, drive, commitment and talent that made me think she would go all the way.

“I think she is going to be a real inspiration to the current pupils and further fuel and ignite the passions for women’s football.

“On a personal note, it was incredible to watch one of my former pupils perform so well in front of so many people. It was a genuinely emotional moment and I did shed a little tear.”

Kirby, an attacking midfielder, joined Reading FC women’s academy when she was seven and was also the only girl playing for Caversham Trents FC, who play at Mapledurham playing fields in Caversham Heights.

When she was eight, she started playing for an all-girls’ team called Caversham United.

She made her debut for Reading when she was 16 and three years later signed for Chelsea.

Kirkby, who is 5ft 2in, first appeared for England in 2015, playing in the World Cup in Canada and scoring in a 2-1 win against Mexico.

She also featured at the 2017 European Championships and the 2019 World Cup.

In an article for England Football last month, Kirby recalled her childhood.

She said: “My first football memory would be just playing with my brother in the back garden and with other friends around the area before then joining the school team.

“Playing football was mainly because of my brother because I wanted to be better than him. I wanted to have something in common with him and just play football with him every day.

“There were a few places we would play. We would sometimes go down to Milestone Park in Caversham Park Village or just play on the street.

“We would also play in the back garden, which wasn’t particularly big but we still made it work. We would play games like nutmegs, where whoever could get the most nutmegs and gather the ball afterwards would be the winner.”

Speaking about her time at Caversham Trents, she said: “I was the only girl on the team but I loved it. I had a lot of friends in the team and I am still friends with some of them now.”

Kirby’s old school friend Sarah Davern, of South View Avenue, Caversham, was at Wembley on Sunday. She said: “Fran got me really good seats. It was brilliant to watch her win, especially when you think we were once just two kids playing in a field.

“I didn’t get to speak to her but she texted me from the changing room. I saw her dad and brother, though, and they were so excited. It was a little sad because her mum couldn’t be there and you could see that in her reaction after the game.”

Kirby’s mother passed away due to a brain haemorrhage when she was 14. Ms Davern recalled playing with her “extremely sporty” friend at Clayfield Copse in Emmer Green.

She said: “Me and Fran kept to each other as we weren’t very popular at school. We were both tomboys and it wasn’t cool to be a girl playing football.

“But that is changing. There are so many female footballers now and young girls are starting to play more and more.

“When we were young, we had no female role models. We had male footballers as our idols instead. Mine was David Beckham and hers was Thierry Henry. We were slightly naïve at that time in wanting to be professional footballers, as there was no pathway for women.”

Darren Randall, who coached Kirby at Caversham United, said: “We had a team of all girls playing in an all-boys’ league and we finished second.

“Fran wasn’t just the best in our team, she was the best in the league. She always stood out. I felt almost fraudulent as I didn’t really have to do much coaching.

“Her focus was always entirely on the football and you could just tell she had a bright future ahead of her. She had such good back-up from her parents. Her mum would have driven her to the moon if there was a game there. It’s a shame she can’t see her now.

“Fran was a dream player to have in your team. She wasn’t just a great player; she was a great presence. Even if the others who weren’t as good as her, she would never complain. She got on great with everyone.”