THE owners of a Henley pub are celebrating after winning pub of the year for the fourth time.

The Bird in Hand in Greys Road was awarded the honour by the South Oxfordshire branch of the Campaign for Real Ale.

Mr Steward said: We are very pleased to receive this award. What I like about Camra is that you cant apply for the awards, they only hand them out if they think you deserve it.

We are a friendly local pub. Everybody knows everybody and we always make people feel welcome and are happy to have a chat.

I think you have to decide what type of pub you want to be and stick to it. Lots of pubs are good for food or music but I think we are particularly known for the quality of our beer. Camras criteria included high-quality beer and good community spirit.

Marisa Francini, a member of South Oxfordshire Camra, said: The thing we really look for is a consistently good quality of beer. Sometimes the pubs we visit have a good choice of beers but the quality is variable.

Its great that Graham and Celia have been here for more than 20 years and it is a real accolade to continue to run a really good community pub for such a long time with such great beer.

The couple bought the pub after Mr Steward was made redundant from his job as a typesetter in Marlow. Their daughters, Natalie, 38, and Carly, 36, help out occasionally. . They also have a son, Gary, 40, and two grandchildren. The pub has raised more than £40,000 for charity since they took over in 1993.

The Bird in Hand will now go through to the county finals. 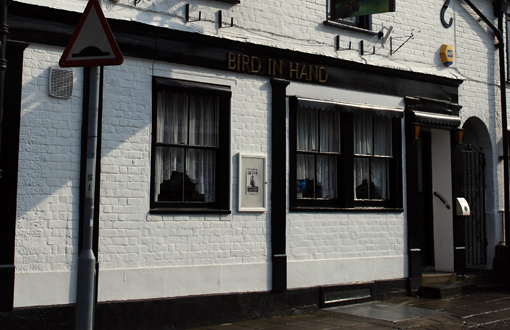