The This Morning presenter, who lives in the village, visited each of the stalls at the event in Churchfield.

He also judged the dog show and presented prizes to the five winners, who included Jeremy Mais and his dog Dougal, who won the dog who looks most like the owner category. 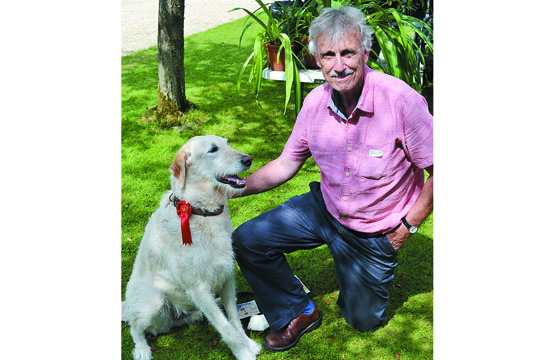 Entertainment included a find the £10 note game, pony and vintage Rolls Royce rides, a raffle and tombola and welly throwing.

There was also a band, Punch and Judy show and stalls selling cakes, plants, gifts and clothes.

The fete, which attracted about 120 people, was held to raise money for St Marys Church in the village.

David Napier, one of the organisers, said: It is a nice, traditional family fete. We have been pretty thin on the ground but we were very relieved when it stopped raining and it turned into a lovely day.

Mr Schofield presented prizes to the dog show winners and visited all the stalls. He is a major supporter of the village.

Click here to see more photographs of the event.