The event, now in its 51st year, began on Friday night with a free concert by rock band Fracture and continued until Sunday afternoon.

It is thought to have raised about £10,000 for good causes in the village.

Click here to view our picture gallery of some ofthe vehicles at the event.

There were more than 600 exhibits including 64 steam engines, 148 tractors, 200 vintage and classic cars and 24 military vehicles. Other attractions included arts, crafts and food tents, a magic show, horse and bird of prey displays, a bouncy castle and a climbing wall.

Hot air balloons were due to fly over the site on the first two evenings but had to hover while staked to the ground due to high winds.

Last years event, which marked the rallys 50th anniversary, drew more than 20,000 visitors and raised a record £31,800. Organiser Andy Crockett said: We knew we wouldnt do as well this year because the last one was an extra special occasion but we are still very pleased with how it went.

There was lots going on, the weather was good and everyone looked like they were really enjoying themselves.

People particularly enjoyed the bird of prey demonstrations. There was one funny moment on the Sunday where a buzzard decided to fly away. We must have spent a good hour coaxing it back down from a nearby oak tree.

One of Britains only steam-powered popcorn makers was due to appear but failed to show up.

Mr Crockett said: That was a shame because it would have been something unique but I kept calling the owner and couldnt get through.

The proceeds will be handed out at a ceremony at Woodcote village hall in November. The winners in each class will be announced on the same evening and prizes will be awarded. 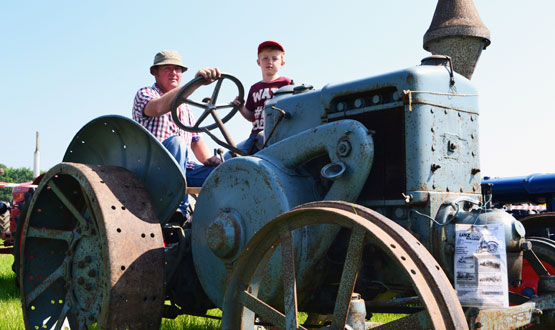