TWO celebrations were held to mark the 175th anniversary of Henley Rowing Club.

On Friday 200 members and supporters of the club attended a ball at Phyllis Court Club.

Guests included rowers from every decade since the Fifties as well as representatives of each of the clubs crews to have won at Henley Royal Regatta.

They enjoyed a three-course meal followed by dancing and posing for pictures. There was also a silent raffle and an auction.

There were three guest speakers, Henley MP John Howell, Annamarie Phelps, who chairs British Rowing, and Jeremy Randall, the president of Leander Club and Master of the Company of Watermen and Lightermen.

The ball was followed on Saturday by a barbecue party at the Wargrave Road club featuring an anniversary cake made with white and blue icing.

Guests raced in scratch eights and the winners were presented with a commemorative tankard. 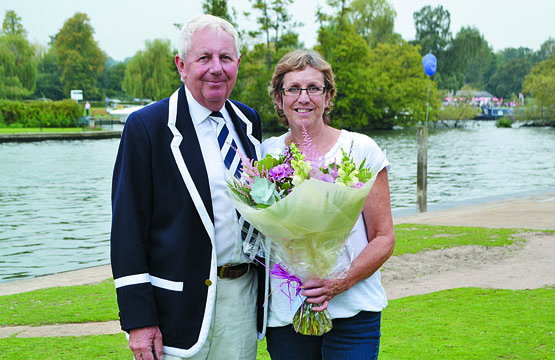 Club president John Friend said: Everything went exactly as we had hoped. We had a really good turnout for the ball and Phyllis Court Club did an excellent job of hosting us.

On Saturday, we had beautiful weather at the club party. It was a very good afternoon and everyone enjoyed it.

The club was started in 1839 by a small group of men who used to meet in pubs and rent boats from local watermen. It was more than 60 years later that the club found its first permanent boathouse, thanks to Brakspear which provided part of its premises on the corner of New Street and Riverside North.

The Little White Hart became the clubs headquarters, with stables for boat storage and a hayloft as changing rooms, until 1986 when the current boathouse opened at the site of the former swimming baths.

Mr Friend said the club had been in the vanguard of womens rowing in the Seventies, which led to its growth and success. He said he was proud to have seen the club finally succeed at the royal regatta over the last decade. It won the Thames Cup in 2005 and members were part of composite crews which won the Fawley Challenge Cup in 2003 and 2007.

Mr Friend said: We are all set to continue our success, hopefully for the next 175 years!