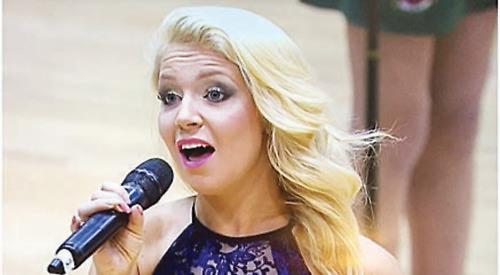 HERE’S your chance to enjoy an intimate concert by top soprano Emily Haig followed by a two-course supper with a glass of house wine at Danesfield House Hotel and Spa.

The Henley Standard has teamed up with the Medmenham venue to offer you the chance to win two tickets worth £55 each for Emily’s “Songs from the Musicals” concert on Sunday, April 8.

Designed by the architect WH Romaine-Walker in a Neo-Tudor style, Danesfield House was built between 1899 and 1901. During the Second World War it was requisitioned by the Air Ministry and was known as RAF Medmenham.

In 1977 the house was sold and became the corporate headquarters of Carnation. A Grade II* listed building with some parts listed Grade II, Danesfield became a country house hotel in 1991. All you have to do to be in with a chance of winning the tickets for Emily Haig’s “Songs from the Musicals” concert is correctly answer the following question:

Q. In which year did Danesfield House become a hotel?

The winner will be the sender of the first correct entry to be selected at random after the closing date of Wednesday, April 4, and will be notified by phone.

The prize is non-refundable
and there is no cash alternative.
The editor’s decision is final.