Big day for couple who won their wedding 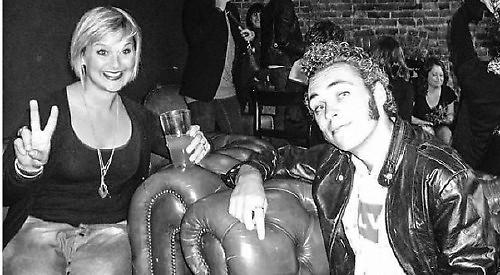 A COUPLE who have been engaged for eight years will finally tie the knot tomorrow (Saturday) after winning a wedding package worth £10,000.

Kate Terry and Glenn Dixon, of Greys Hill, Henley, entered an online competition run by Badgemore Park, which is where the ceremony will take place.

The pair had to send in a photo of themselves and say why they would like to get married at the venue. They said they couldn’t afford a wedding ceremony.

Miss Terry thought at first it was a joke when she was told in April that their entry had been chosen ahead of the other 40.

The prize includes not only the ceremony but also the bride’s wedding dress and the groom’s suit, a hat for the mother of the bride, the wedding cake of their choice, hairstyling and flowers and £100 towards their honeymoon.

They were also given an evening party for up to 50 guests, although the couple have spent some of their own money so more friends and family can attend.

Miss Terry, who turns 37 today (Friday), said the last five months of planning for the big day had been “crazy” but she was looking forward to marrying her partner after being unable to afford a ceremony for so long.

“I am a bit nervous, but we are really excited and cannot wait,” she said.

The couple’s five-year-old daughter Betsy, who attends Sacred Heart Primary School, will be a flower girl, while their son Harry, two, will be the ring bearer.

Miss Terry, who is an account manager for Primary Times magazine in Henley, bought her wedding dress online.

She said: “I was going to make my own and had even started it but then I found one on the internet.

“I enjoy making things in my spare time and I had bought all the fabric, but life gets in the way so I thought I would remove the stress.”

Preparations for the wedding have included meeting with the photographer and organising outfits for family members.

Miss Terry said: “We are loving life but planning a wedding, looking after the children and working has been crazy.”

The couple met at a friend’s 30th birthday party in London in 2009 when they both lived in the city.

Mr Dixon, 38, proposed at the Villa Marina restaurant in Henley two years later after he had a ring made specially.

Miss Terry said: “We went to see a fireworks display and I had no idea what was going to happen but my entire family and all my friends knew.

“I started crying. I couldn’t believe it. I was really shocked but so ecstatic.

“He is really lovely. He is an incredibly honest and funny man.

Mr Dixon, who is a Sky TV engineer, said he was delighted when they won the prize.

He said: “We were always going to get married, it was just a case of when our finances would allow us.

“Weddings are pricey and it’s something we had been wanting to do for such a long time.”

Miss Terry’s family will be attending the ceremony.

Her mother Sue Fixsen, who lives in Wallingford, will give her away. and brothers Steve and James and sister Sarah Butcher all live in Henley so won’t have far to travel.

Her eldest brother, Shane, will be flying from Dublin. Her father John is also coming over from Ireland and he will give a speech.

Mr Dixon’s parents, John and Maggie, who live in Chipping Norton, will be attending along with his brother William, who lives in London and will be his best man.

Miss Terry said: “We don’t know what we are doing for the honeymoon yet but we are hoping to get away in November.

“We would love to see the Northern Lights. We have never been and we both want to go and see them.”