Win a bottle of Mr Hobbs 150 gin and a signed copy of the new book Hobbs of Henley: a History 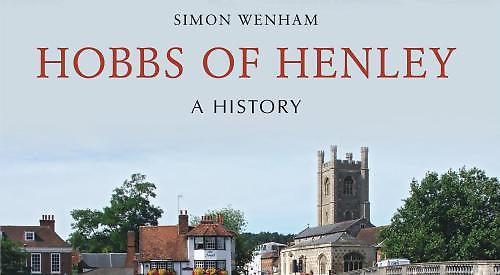 TO celebrate the publication of Simon Wenham’s new book, Hobbs of Henley: A History, we are giving away five copies signed by the author and five bottles of Mr Hobbs 150 gin.

The book marks the 150th year of the Henley river hospitality company, which is now owned by the fifth generation of the same family.

It specialises in the hire of a range of river vessels from rowing boats to luxury cruisers as well as offering Thames trips on The New Orleans and The Waterman.

More recently, it has lanched its own brand of award-winning gin named after the company founder Harry Hobbs and has produced a special 150th anniversary edition. To be in with a chance of winning, all you have to do is answer the question below and send it, together with your name, address and daytime phone number, to: Hobbs of Henley competition, Henley Standard, Caxton House, Station Road, Henley, RG9 1AD.

The five winners will be the senders of the first correct entries to be selected at random after the closing date of Friday, November 20 and will be notified by phone.

What is the name of Hobbs of Henley’s founder?

The prizes are non-transferable and there is no cash alternative.

Persons connected with the Higgs Group are ineligible.

Entries received after the closing date will not be considered. The winners will be selected at random.

• Hobbs of Henley: A History is published by Amberley Press (£14.99) and is available to by at Way’s Bookshop in Friday Street, Henley.