Voters go to the polls for town and county elections 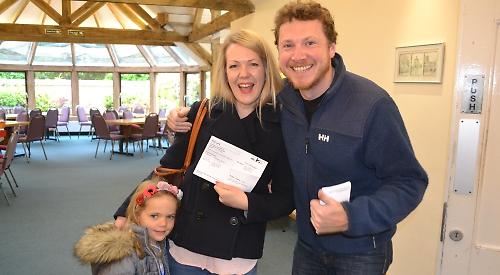 Hundreds are making their way to the polls today (Thursday) to vote in town and county council elections.

Polling stations in Henley and the surrounding villages opened at 7am and will close at 10pm.

The count will then take place at White Horse leisure centre in Abingdon overnight with the results expected to be announced tomorrow.

There are two by-elections for Henley Town Council, with Henley Residents’ Group’s Ken Arlett, of Elizabeth Road, up against Joan Bland, a Conservative of New Street, and independent candidate Donna-Marie Crook, of Abrahams Road, in the north ward.

In the south ward, Conservative Yasmina Siadatan, of Harpsden Road, will take on HRG’s Glen Lambert, of Greys Road.

Residents are also voting for who they would like to see represent Henley on Oxfordshire County Council, with Conservative incumbent David Nimmo Smith, of St Andrew’s Road, Henley, standing against HRG’s Stefan Gawrysiak, of Elizabeth Road, Henley.

The other candidates are Elisabeth Geake, of Chilterns End Close, for the Greens, David Thomas, of Greys Hill, for the Liberal Democrats, and Jackie Walker, from Middle Assendon, for Labour.

Candidates gathered outside the polling stations at Henley town hall, the Christ Church Centre in Reading Road and Henley Leisure Centre in Gillotts Lane as residents made their way to vote.

Some voters even wore rosettes with the colour of their chosen party but these had to be covered up as they went in to the polling station.

Aspen Weatherburn, of Albert Road, said: “I voted for HRG in both elections, which is the first time I’ve done that.

“They do lots for the town, they are always out and about.”

Ida Meijel, of Bowling Court, also voted for HRG. She said: “It’s very important that we vote. Millions of people in the world would do anything to have a vote.

“I think HRG are doing a great job for Henley.”

Catherine Pinder, of Lambridge Wood Road, voted with her husband Michael. She said: “I did a little bit of research, we had an interesting independent candidate in the north ward.”

Mr Pinder added: “I never miss a vote. My father fought in the Second World War and it makes you realise how important one’s vote is and what people have done to get that vote.”

“I know the HRG candidates from way back and I’ve voted for them before.”

There are also county council elections for Benson, Sonning Common and Goring.

In Benson, independent incumbent Mark Gray, from Cholsey, will face Conservative Caroline Newton, of Britwell Salome, Adrian Cull, from Cholsey, for the Liberal Democrats, and Jim Merritt, of Sands Way, Benson, for Labour.

In the Sonning Common division, David Bartholomew, of Mill Lane, Shiplake, will be standing for re-election for the Conservatives.

He is up against Lucio Fumi, from Wyfold, for the Liberal Democrats, and Veronica Treacher, of Shiplake Bottom, Peppard, for the Labour and Co-operative Party.

He is up against Dave Bowen, of Herons Reach, Goring, for Labour, Laura Coyle, of The Coombe, Streatley, for the Liberal Democrats, and Jim Dowling, of The Mount, Whitchurch, for the Greens.