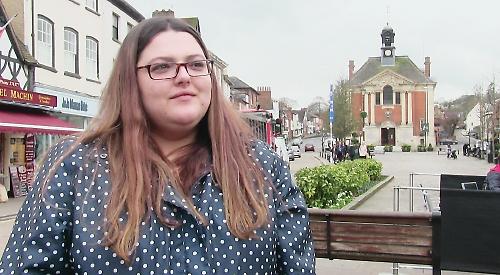 A DRAMATIC twist saw Councillor Kellie Hinton become Mayor of Henley despite Conservative Will Hamilton being favourite for the top job.

It was a shock result as Councillor Hamilton had been odds-on for the role having been chosen as Mayor-elect in March and served as Deputy Mayor for the last 12 months.

Councillor Hinton took the post with eight votes for and seven against after former mayor Lorraine Hillier, a Conservative, abstained from voting.

This caused a walk-out from the main hall with about 20 people leaving and Councillor Brookes having to calm down the audience of more than 200.

Cllr Hillier was nominated by Councillor Stefan Gawrysiak, of HRG, for the position of Deputy Mayor for this year with the support of all the members of the party to secure the post with nine votes in favour to seven against.

Cllr Hinton, 31, the chairwoman of Henley in Bloom, becomes the town's youngest ever Mayor and said she was honoured to take up the role.

There was a cheer as she was elected to office and she told the crowd: "I will not let you down and I'm enormously proud of this town council and this town and with your I will work to keep the vibrant community we all know and love."

Cllr Hamilton told the Henley Standard he was "deeply disappointed" with the outcome and said he was unaware of how Cllr Hillier was going to vote.

He explained: "I was the deputy mayor and what I would say is I was the future once. I became mayor-elect on March 28 and this was ratified at last week's full council on May 3."

Cllr Hamilton said he had visited Cllr Gawrysiak's home for a short meeting on Saturday where he was told HRG would be putting forward a candidate against him and that the party could produce a majority.

"Given the journey I've been on, I'm surprised, but where there's a will, there's a way.

"It means so much to me to have my father, brother and all my close friends and clients and even my godson here today to support me at this ceremony."

Cllr Hillier, who now sits an Independent Conservative, denied a deal had been done whereby she would abstain in return for the Deputy Mayor title.

But she admitted to having a meeting with councillors and members of HRG.

She claimed that after accepting HRG's nomination for a second term as mayor a year ago she was "ostracised" by the Henley Conservatives.

She said she had wanted to stay as Mayor to help oversee the transition to the new town clerk Janet Wheeler, following Mike Kennedy's retirement.

"I wasn't just looking for . It was never a carrot," she said. "I didn't know Stefan Gawrysiak would do the nomination until last night.

"A year ago I was effectively an Independent but I didn't want to make a fuss of it. When the by-elections came up I said that whatever the outcome was I would probably go Independent afterwards."

She told Cllr Hamilton of her decision, she said, on April 28 in an email, almost a week before the town council by-elections.

"I've got a lot of compassion for Will - it is very regrettable. It is a sad day for him," she added