...and her daughter is finding it hard to move back here too 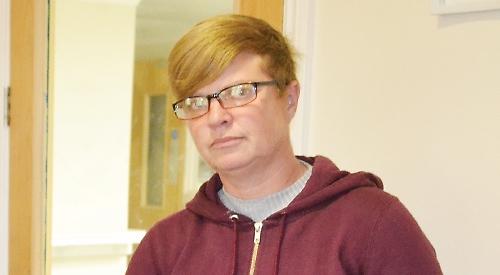 EMMA THATCHER, who lives in County Durham, is finding it difficult to move back to Henley where she was born and bred.

The army veteran wants to return so she can be closer to her family, especially her elderly mother.

Miss Thatcher, 47, suffers from post-traumatic stress disorder as a result of serving her country and is medically retired. She also suffers with arthritis.

She was in the 27th regiment Royal Transport Core for six years and completed tours of Cyprus and Bosnia in the early Nineties. After leaving the forces, she also worked as a driver for British Aerospace.

Miss Thatcher has spent more than a year on South Oxfordshire District Council’s waiting list for a one-bedroom property in Henley.

She said: “It would be good for me to be back where I belong in Henley, close to my family. I have been on the social housing register for the past year trying to to get a property there but I am considered to be in band three, which is the second lowest and it means I am unable to bid for housing. They aren’t interested in me being an army veteran or that my family live nearby.”

A district council spokeswoman said: “We are absolutely committed to our duty to support our armed forces during and after they’ve left the service.

“Miss Thatcher was moved into a higher priority group following a recent assessment. We work very hard to find housing for everybody on the waiting list according to their priority but there is a shortage of affordable housing in the Henley area.”