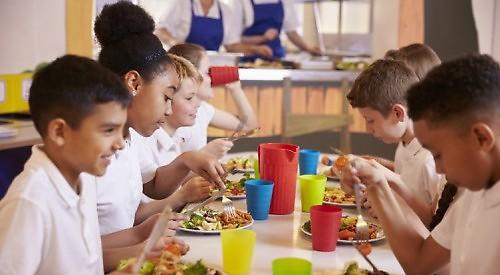 CHILDREN across Oxfordshire will still receive their school meals despite the company which provided them going into liquidation.

Carillion served about 18,000 pupils across 90 schools in the area in addition to cleaning services.

But the company had run into difficulty after losing money on big contracts and running up huge debts. Talks with its lenders and the Government failed to reach a deal to save it.

Oxfordshire County Council announced this morning (Monday) that it had taken over the services provided by Carillion and that affected staff were told to report for work as usual.

The authority has been planning for the possibility of the company’s collapse for some time and the fire service has been placed on standby to deliver the meals in case of problems.

Alexandra Bailey, the council’s director for property, assets and investment, said: “We expect school staff will be in work as normal today but if this doesn’t happen we will provide school lunches to schools needing support and the fire service are on standby to deliver them. We are confident no child will go hungry at school.

“We thank schools for their support and understanding as we deal with the situation. I’d also like to thank staff for continuing to do a great job during a period of uncertainty, and to reassure them that the county council will ensure staff are paid.”

In July, the council decided to transfer back most of its contracts from Carillion to meet changes to its property and estate needs.

A few services, including the delivery of school meals and cleaning services, were due to continue until March 31 at which time they would transfer to the council along with about 250 catering and cleaning staff. The company’s liquidation meant this was brought forward.

The council had a back-up plan in the event of this happening and had been talking to  affected schools to reassure their catering and cleaning staff that their roles are secure and that they will be paid.

It had signed a 10-year contract with Carillion in 2012 to provide a range of services including routine property management, facilities management, energy management and the design and build of capital work such as building new schools and new classrooms.

Carillion is the UK’s second biggest construction company and is involved in major projects such as the HS2 high-speed rail line.

It is the second biggest supplier of maintenance services to Network Rail, and it maintains 50,000 homes for the Ministry of Defence.

The company has 43,000 staff worldwide, including 20,000 in the UK. It is not clear yet how those staff will be affected.