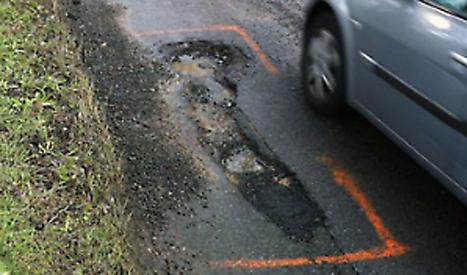 EXTRA money could be set aside to repair potholes and road defects in Henley.

Stefan Gawrysiak, who represents the town on Oxfordshire County Council, is in line to receive a personal budget of £15,000 to spend where he thinks it is most needed.

The council is set to confirm the allowance for each of its 63 councillors at its budget meeting on Tuesday.

The total of £945,000 will be known as the Councillor Priority Fund and will be available for members to spend on highways maintenance or community projects.

Councillor Gawrysiak, who is also a town and district councillor, said he would spend his share on road maintenance.

He said: “There are bad areas, such as Nicholas Road and Blandy Road, but I will be sitting down with council officers to look at this.”

Council leader Ian Hudspeth said: “It would be each councillors’ decision how their £15,000 would be spent. They know best what the priority is on their own patch. I am sure many will view highway maintenance and repair as important but others might choose to put funding into community buses, libraries or children’s centres.”

In November, the Henley Standard reported how Cllr Gawrysiak had checked every road in the town to identify road defects such as potholes, loose granite sets, overgrown vegetation and drainage problems.

He then posted them on an online map of Henley and reported them to the county council so they could be scheduled for repair.