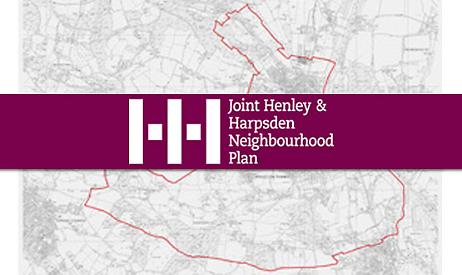 THE Henley and Harpsden neighbourhood plan is set to be rewritten following claims that it hasn’t protected the town from unwanted development.

Members of Henley Town Council’s neighbourhood plan committee have recommended that the document is updated to give it more weight in planning decisions. This could include an expert review of the evidence used to back up specific objectives and an appeal for new potential sites for development.

The plan, which cost £90,000 to produce, passed a referendum in 2016. This made it a legal part of the planning process operated by South Oxfordshire District Council as the planning authority. However, it has been effectively disregarded by the district council on a number of occasions, including the approval of 54 flats for elderly and disabled people at the former Jet garage site in Reading Road when the land was earmarked for ordinary flats in the plan.

The council also approved an 80-bed care home at the former LA Fitness site in Newtown Road, although this land is now up for sale.

In addition, Henley is expected to be asked to take another 350 new homes by 2033, on top of the 500 agreed in the original plan, under the district council’s new local plan.

Members of the committee have been given advice on the process of reviewing the plan by district council planning policy officers Kirsty Nicholls and Ricardo Rios.

Key issues include the cost of revising the plan with the possibility of a £15,000 grant from the district council, whether or not to include Harpsden in the new version and measures to protect the town against plans for more care homes. Ms Nicholls said the original plan could be superseded by the district council’s new local plan if it was not updated.

She said: “There’s no requirement to review or update the neighbourhood plan but once the local plan comes in it becomes the most up-to-date piece of policy.”

Mr Rios added: “If there’s a conflict the decision- maker has to favour the document that is most recent.

“This is also an opportunity to address any issues and deviations. If you find developers are always being successful in challenging an argument in the plan you can address that.”

He said the committee may also want to consider whether to change the area the plan covers.

Mr Rios said any changes to the plan were likely to need a new referendum, which the district council would pay for.

He added: “From the moment it passes the referendum it has full weight.”

Councillor Ken Arlett, who chairs the committee, said he felt there was no option but to review the plan but was unsure how much residents should be involved in the process.

Mr Rios said that it was not a legal requirement to involve residents but other councils had required volunteers from their communities.

The plan is currently protected by a ministerial statement issued in December 2016, which means it cannot be deemed out of date as long as it allocates sites for housing and the planning authority can demonstrate a three-year supply of housing sites.

However, the statement expires in December at which point the plan may be vulnerable to speculative applications.