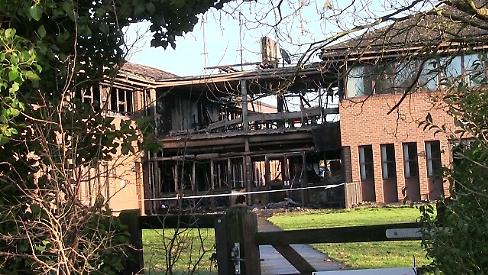 WORK will begin on Monday to demolish and rebuild the former headquarters of South Oxfordshire District Council.

The building in Benson Lane, Crowmarsh Gifford, was badly damanged in an arson attack in 2015, which forced the council to move to Milton Park, near Didcot.

A specialist demolition contractor will begin preparatory work next week. This will be followed by the demolition itself, which is expected to take about four months.

The council, which shared the building with the neighbouring Vale of White Horse District Council, chose to move back to Crowmarsh in October, saying it was the most cost-effective option. It owns the land.

Council leader Jane Murphy said: “We’re working closely with our contractors to minimise disruption to neighbouring residents once demolition work begins and I’d like to thank them in advance for their patience.

“We’re also very grateful to all of our residents and local communities for their understanding during the time that has passed since the fire.”

The council’s 400 staff have been working from offices at Milton Park, since the fire in January 2015 when a car with gas canisters inside was driven into the offices, starting a blaze in the early hours.

Twenty-seven fire crews were called to tackle the fire and others at a nearby undertakers and a thatched cottage in Roke. The damage caused was estimated at £20 million.

In May that year, Andrew Main, from Rokemarsh, near Benson, pleaded guilty at Oxford Crown Court to four counts of arson being reckless as to whether life was endangered. He was sectioned indefinitely under the Mental Health Act.