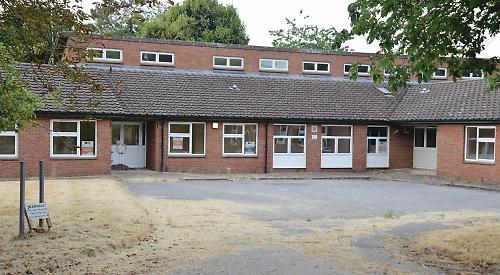 PLANS to sell a disused Henley care home and build regular housing in its place are still in the pipeline, a councillor has promised.

Stefan Gawrysiak, who represents the town at all three levels of local government, says Oxfordshire County Council still intends to put the former Chilterns End site off Greys Road on the market.

He says the sale has been delayed since it was vacated in 2016 because the Orders of St John Care Trust and social housing provider BPHA, which jointly ran the facility and still rent the buildings, remain in negotiations with the authority to surrender their lease.

The organisations, which operate as the Oxfordshire Care Partnership, now run the 64-bed Chilterns Court care centre next to Townlands Memorial Hospital off York Road. This was built as part of a £10 million redevelopment of the site.

Councillor Gawrysiak said it was “annoying” that the process hadn’t finished and the council should sell it for housing in line with the Henley and Harpsden neighbourhood plan.

The document, which forms part of South Oxfordshire District Council’s planning policy after passing a referendum in 2016, earmarks the land for 27 homes including up to 11 affordable units.

He was responding to a query from his predecessor David Nimmo Smith, who still represents Henley at town and district level.

When Councillor Gawrysiak was campaigning for the county seat, which he won at the election in May last year, he said he feared the council wouldn’t sell it for at least two years. He criticised the authority for “sitting on” the land, which he believes is worth £5million, and said it was “an appalling waste on a shocking scale which shows how badly run the council is.”

At the time, Councillor Nimmo Smith said the county didn’t have enough resources to assess its entire portfolio in one go and there was no point releasing all housing sites at once as it would create a glut.

This week he said: “Councillor Gawrysiak says Chilterns End will be released in the timeframe of the neighbourhood plan but that runs to 2027 and isn’t good enough. The land is unoccupied now and the county council would get capital receipts to look after its portfolio elsewhere.

“I’d like to think the money could be kept in Henley although that’s not in my gift any more. Developers are proposing schemes for greenfield sites in the town yet this is an available brownfield site so why not get on with it?”

Councillor Gawrysiak responded: “The situation is annoying from my perspective as this has been going on for more than two years and we should be coming to the end. I’m quite rightly not party to the lease agreement or the nature of the negotiations so I can’t put a timescale on it. You would have thought the charity would have given up the lease when they moved to Chilterns Court but clearly they didn’t.

“We shall have to wait for the county’s legal team to reach a conclusion but I’m assured that the work is progressing.”

Cllr Gawrysiak said proceeds from the sale couldn’t be earmarked for Henley but promised to monitor the situation and ensure it went for housing.

He said: “The important thing is that it’s relinquished to a developer and I will be pushing for a good concentration of housing including the 40 per cent affordable quota, which we could accomplish through building maisonettes and flats as the site is fairly well shielded from view.

“The council submitted it as a housing site during the neighbourhood planning process. That was clearly the intention at the time and I would strongly resist any proposals for a new care home because it’s not what the town asked for and not what it needs.”

Councillor Nimmo Smith added he had received complaints that grass on the site had grown to an unsightly length. Councillor Gawrysiak said this remained the tenants’ responsibility and he would ask them to address it.

A county council spokeswoman said: “The lease can only be surrendered by negotiation and the county council has been engaging with the parties for some time. It is believed that matters will very soon be settled and the site released but it is not possible to reveal any further details at this stage.”

A spokesman for the BPHA said: “As the matter is both commercially sensitive and confidential, we cannot comment on the details nor upon the expected timing of completion of the negotiations.”