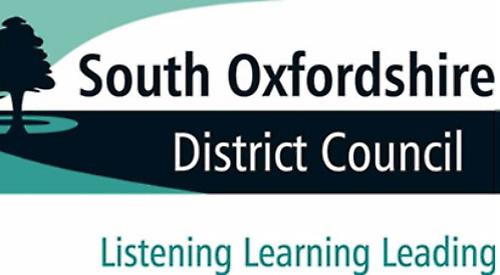 SHIPLAKE’S neighbourhood plan is likely to include more brownfield sites than originally proposed.

The first draft of the document, which will name the sites where about 33 new homes should go, was criticised when it was published in November because it earmarked a number of greenfield sites for development.

Now the parish council, which is helping a volunteer group prepare a second draft, says more brownfield sites have been put forward by landowners and these are likely to be included instead.

These sites have not been named but include land owned by Shiplake College opposite its main entrance off Reading Road, which the school put forward for the original draft.

Public consultation on the new document should take place by the end of this year and the feedback will be used to shape the final draft, which will undergo independent examination before going to a referendum. If more than half of voters in the parish support it, South Oxfordshire District Council will have to take it into consideration when deciding planning applications.

Thirty-three homes represent a five per cent increase on the existing 660 properties in Shiplake. The first draft of the plan named nine sites for new homes to be built by 2027 in order to meet government targets.

Six of these were “preferred” sites as follows: Shiplake Motors off Reading Road; two plots opposite Shiplake College’s entrance; two more off New Road near its junction with Crowsley Road; and a sixth immediately south of Plough Lane, opposite Plowden Way.

The other three “reserve” sites were a field east of Reading Road behind the houses in Baskerville Lane and two near the preferred sites off New Road.

The plan said most of the new properties should have no more than three bedrooms. The village could have to accommodate an additional 12 homes under a revision of the district council’s own local plan.

But Tudor Taylor, the chairman of Shiplake Parish Council, said the village shouldn’t have to take any more after planning permission was granted earlier this year for 95 homes at Thames Farm off Reading Road, which is on the village outskirts in Harspden parish.

He said: “We’re very close to the final pre-submission consultation and will announce the sites at that time. The total allocation remains broadly the same but Thames Farm has changed things significantly due to the impact on Lower Shiplake and one or two sites have been reallocated.

“The strong message we got from residents is that they didn’t want to expand the boundaries of the existing settlement and we are looking to adhere to that as much as possible.

“Henley and Harpsden are claiming Thames Farm towards the quota in their revised neighbourhood plan and while we don’t want them to have to take more houses than they need, the district council has acknowledged that Thames Farm will have a greater impact on our infrastructure and services.

“It makes sense because it’s right on our doorstep and it would be pretty artificial to claim the impact on a town several miles away is greater simply because it doesn’t fall within our parish boundary.

“We’ve already built some of the 33 houses we need to take during the plan period and don’t need to take loads more.”

Will Hall, the village’s district councillor, said: “The team are doing a great job and I’m particularly pleased that they’re prioritising provision of smaller units.

“Shiplake is an incredibly expensive place to live and if we want to retain a strong sense of community then we must ensure a good balance across the age ranges.

“I recently saw a three-bedroom house in the village going for £900,000, which is ridiculous. I’m glad that the plan will address this issue.”