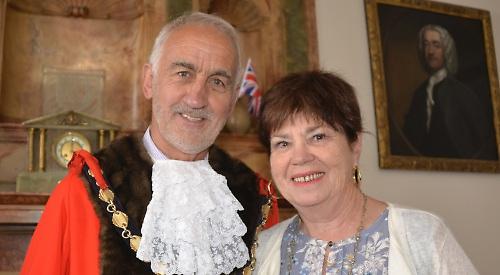 A HENLEY town councillor has been made Mayor for the second time in almost three decades.

Councillor Ken Arlett, who served as Henley Residents Group’s first mayor 28 years ago, was appointed by his colleagues to replace outgoing mayor Glen Lambert during the annual mayor-making ceremony at the town hall today.

He said his priorities would include increasing the amount of parking in the town’s car parks, improving the environment and air quality and finding a way to build new sports facilities at Jubilee Park off Reading Road.

Cllr Arlett said: “Over the next four years, with the quality of councillors and staff we have on board, all of this and more can be achieved. I want a town council that is going to work together. I hope people do not want to work against each other.”

He said he had not yet chosen charities to support but added that they would be local and thanked his predecessor for all his work.

Cllr Arlett will be supported in the role by new deputy Mayor David Eggleton, who thanked his fellow councillors for the nomination and said: “I am not going to change. I am still going to do exactly what I did before.”