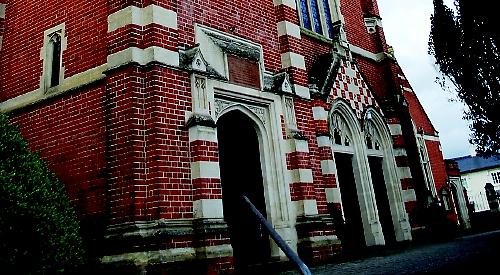 A CHURCH in Henley has been given permission to install a limited number of solar panels.

Christ Church United Reformed Church wanted to have 36 panels on the south face of the church roof and a further 16 on the south aspect of the adjoining community centre.

South Oxfordshire District Council turned down the application in March, saying the panels would harm the historical value of the listed building, so the church appealed.

Now a planning inspector has granted permission for the panels on just the Christ Church Centre, saying these would not be visible from the street.

Neil Pope, who made a two-day site visit earlier this month, said the main issue was whether the proposals would preserve the church or its features of special architectural or historic interest and preserve or enhance the character or appearance of Henley’s main conservation area.

He said: “As I saw during my site visits, this church is a prominent and attractive feature within the conservation area. Its tower and main roof slopes are readily visible within the street scene of Reading Road.

“In contrast, the outbuildings on which it is also proposed to install solar panels are hidden from public view.

“The solar panels proposed on the south-facing main roof slope of the church would be prominent within the conservation area when looking north along Reading Road near the junction of Station Road.

“This proposed array would appear as an incongruous and harmful addition to this local landmark building and would distract from an appreciation of the church tower and the simple form and appearance of the roof slope.

“This element of the proposals would diminish the contribution this building makes to the appearance and architectural interest of the conservation area.”

The church’s proposal was part of a wider “greening” initiative to reduce its energy consumption and was in response to “a Christian motivation for caring for our environment and the pressing need to respond to the global issue of climate change”.

The plans were approved by the United Reformed Church synod’s listed buildings advisory committee and was supported by Henley Town Council.

Rev Glyn Millington, minister of Christ Church, said: “We were deeply disappointed by the result of our appeal. As a church, we need to consider whether simply installing 16 solar panels rather than 48 is economically worthwhile.

“We run a facility which hugely benefits the town and wider community and anything which helps us to keep that financially viable is very important to us and the town.

“We do feel there is a clash of values of the conservation area and our desire to do the right thing towards climate change and we will be writing to the Department for Environment and encourage it to consider its criteria when faced with these decisions. This is a big question that needs to be dealt with at the highest level.”

Former Henley Mayor Jeni Wood, who has been a member of the church for 30 years, said: “The problem seems to be that the church is in a conservation area but that’s not an excuse for not doing things that are environmentally friendly.

“When I see what they get through at district council planning, you wonder why on earth has this not been approved. It’s not going to be in anyone’s face — it’s on the roof.”

Dave McEwen, chairman of environmental campaign group Greener Henley, said: “This is really disappointing and shows the planning system is not fit for purpose in the age of the climate breakdown.

“The solar panels would only have been visible from certain points along Reading Road and most people walking along would not notice them.

“We need to be putting a high priority on having solar panels and other renewable energy. Aesthetic considerations should be of secondary importance in many situations such as this.”