Riverside bollards to be installed over road safety fears 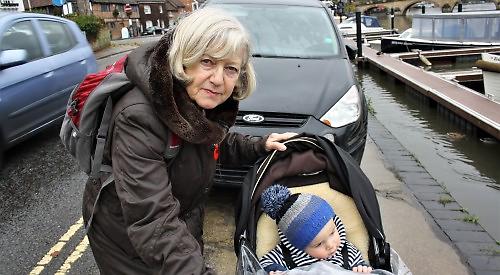 NEW cast iron bollards are to be installed at the riverside in Henley following concerns raised by a resident about road safety.

The town council has agreed to buy 27 new ones to place along part of Thames Side at a cost of £9,089.

It will also repaint the 53 bollards already in place along the rest of the street.

Pavements are the responsibility of Oxfordshire County Council as the highway authority but it declined to pay for the work.

Now the town council’s finance strategy and management committee has agreed to fund it using money from developers paying the Community Infrastructure Levy.

Officials made a site visit with a sales representative from Furnitubes, the county council’s street furniture contractor.

They discussd installing a Trafalgar medium cast iron bollard as it is the nearest type to those currently in place, which have been discontinued. Kirsty Waterman, project officer for the council, said: “During the site visit, officers compared the proposed bollard with the ones in place along Thames Side and agreed it was a very good match.”

Pam Phillips, a former mayor of Henley, had claimed that lives were being put at risk without bollards in place.

She said drivers parked on that stretch of pavement, forcing wheelchair users or people with prams to walk in the road. This was her experience when pushing her 10-month-old grandson Thomas Westwood in his buggy and found three vehicles blocking her path.

Mrs Phillips, who lives in St Mark’s Road, said: “It’s frightening having to step into the road because you can’t always see what’s coming but there’s no choice as they don’t leave room to get by.

“I saw another woman coming the other way and she was having to do the same thing. We both agreed it was horrific and there have been cases of people being killed walking around parked cars.”.

This week, she said she was delighted by the council’s action.

She said: “However, I am very upset that the county council is not doing it.

“Everybody in Henley pays council tax and I think it is very disappointing that the council says it doesn’t have money for something like this.”