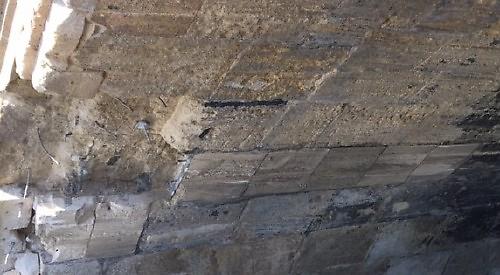 HENLEY Bridge does not need lighting up like Blackpool, says a heritage group.

The Henley Archaeological & Historical Group has objected to a planning application to install LED lights on the Grade I listed structure.

Clive Hemsley, an entrepreneur and artist, of Hart Street, Henley, and Henley jeweller David Rodger-Sharp have applied to South Oxfordshire District Council and Wokingham Borough Council, the planning authorities on either side of the bridge, for permission.

They say the project would make Henley more of a destination for visitors, increase footfall and contribute to a more ecologically sustainable environment for the river.

Last year, Mr Hemsley had a similar application turned down by Wokingham council, which said that drilling into the mortar surrounding the five arches of bridge posed “potential harm” to the stonework.

Mr Hemsley, who is funding the project himself, says he has found a type of adhesive fixing that wouldn’t cause any damage.

The lights would be attached with cable ties every metre and fastened with the silicone compound.

He would like to change the colour of the lights for special events such as Henley Royal Regatta or the Thames Traditional Boat Festival and says London is lighting up its bridges.

But the town’s two heritage groups have both objected to the idea of coloured lights.

John Whiting, chairman of the Henley Archaeological & Historical Group, said: “We are concerned that the unauthorised lights remain attached to the stonework of the 18th century bridge and that there is no mention of their removal details.

“This matter needs to be addressed and resolved before any alternative form of lighting should be considered.

“The applicant fails to properly consider the setting and very great importance of the Grade I listed bridge itself and its impact on the Henley conservation area.

“Mr Hemsley is not the owner of the bridge and has no rights over it.

“The results of a many coloured bridge lighting scheme, controlled by a private individual, might do well in places of highly-lit towns, such as Blackpool or London, but Henley has a quite different character. Saying that Henley needs bridge illuminations because London has them is simply fatuous and irrelevant.

“Our main concern remains the welfare of the bridge and the obligation to pass it on to future generations unharmed.

“We would like to take this opportunity to recommend that instead of spending a great deal of money on lighting, why not make use of these funds to set up something beneficial like a repairs and maintenance fund?”

David Whitehead, who oversees planning for the Henley Society, said: “The society has no fixed view on whether or not the bridge should be illuminated, assuming that no damage is done to the structure.

“However, if permission is to be given for illumination, it wishes to make three recommendations.

“It would be preferable to revert to the previous design with individual LED bulbs rather than having strip lighting, which would be out of character with the appearance and status of the Grade I listed bridge. There should be no option of changing the colour of the lighting from white. Once installed, control of the lighting should be in the hands of the appropriate local council.”

Mr Hemsley says the chief engineer at Oxfordshire County Council, who is responsible for bridge maintenance, has approved his plans for LED rubber compound strips.

In a letter to this week’s Henley Standard, he says: “I gave him a sample of the silicon substance to test independently.

“I understand he is fully behind the solution, along with the county council, which owns the bridge.”

He says applications to illuminate 30 London bridges, which are all either Grade I and II listed, have been approved for the Illuminated River Project.

Mr Hemsley says the illuminated bridge will attract more visitors to Henley, providing a much-needed boost for the town’s shops, bars and restaurants.

He adds: “We town folk need to adapt/change and be more innovative to get back the support and business for all the locals, especially in the current crisis.”

Since his decision to install lights without permission, Mr Hemsley has received public support with almost 3,000 people signing a petition calling for the existing lights to stay in place.

Henley Town Council’s planning committee has recommended approval of the application and Henley MP John Howell has told Mr Hemsley he supports him.