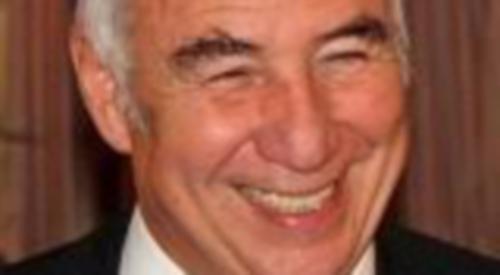 A COUNCIL leader has been found to be in breach of its code of conduct for failing to declare a personal interest.

John Halsall, who represents Remenham, Wargrave and Ruscombe ward on Wokingham Borough Council, was the subject of a formal complaint about his register of interests being out of date earlier this year.

He referred himself for an investigation and was found to have breached the code by not declaring he is a director of the Campaign to Protect Rural Wokingham.

This is a limited company which was established to protect the northern part of the borough from development.

Councillor Halsall, a Conservative, was formally censured and will have to undergo training.

He has since updated his register of interests and no further action will be taken against him.

The issue was first raised in February by opposition Labour councillor Andy Croy who called on Cllr Halsall to resign.

He said the leader’s position on the limited company presented a conflict of interest when it came to the council allocating homes as part of its local plan.

He told the Standard: “This wasn’t about John forgetting to do one thing. John was running a campaign, which aims to protect the northern parishes and that is absolutely fine.

“But he was then running around the borough telling every other parish that they had to accept more houses as part of the next local plan.

“The sanctions the council put on him totally understate the gravity of what he has done. He is not fit to be leader.”

Cllr Halsall said he was guilty only of an “innocent mistake”.

He said somebody had correctly pointed out that his declarations of interest were out of date so he referred himself to the council’s monitoring officer and apologised to the council.

He said his directorship was “entirely consistent with the ward work that I do and was not hidden”.

Cllr Halsall continued: “It is fully transparent and everyone locally knows I am associated with it. I have given public presentations and have a Facebook page.

“I didn’t include it in my original register of interests and at the time I thought it was just part of my ward work. I have now gone through my register extensively with the monitoring officer and I understand what is required.

“I am involved in a huge number of things in the community. I am a governor of a school and chairman of Remenham Parish Council and my register goes on my pages and pages.

“I do an awful lot and therefore for failing to remember one thing, I ask for forgiveness.”

He said that by comparison Cllr Croy’s only registered interest was the Labour Party, adding: “If I did nothing, as the complainant does, then I would easily be able to remember it.”

Cllr Croy said he was involved in many campaigns in his ward of Bulmershe and Whitegates.

He added: “I’m gobsmacked. I knocked on doors in my ward almost every week before the virus. I organise regular litter picks and we campaigned very hard to keep Wokingham Post Office in Wokingham.”