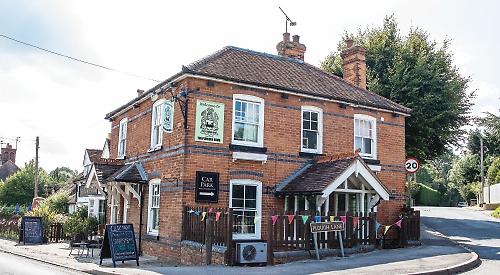 PLANS to partially transform a Shiplake pub into housing should not go ahead due to its historical value, says the leader of the local history society.

South Oxfordshire District Council is yet to make a decision on Heritage England’s application, which would see the first floor and roof space of the Plowden Arms converted into two flats and the rear wing into two homes.

Another two properties would be built in the pub’s garden fronting Reading Road and two more in the car park on Plough Lane.

The pub would continue trading on the ground floor. It closed suddenly in January 2019 and went up for sale a year later.

Janet Matthews, chairwoman of the Shiplake and Binfield Heath Local History Group, believes it will not be possible to run a pub successfully without a garden or adequate parking facilities.

She said: “The operation of a pub with a floor area of 80sqm will not be viable and will, in a very short time, be closed again. I assume that when this happens a new planning application will be made for change of use of this area to residential.”

Mrs Matthews says there is evidence that some of the timbers in the entrance porch of the building date back to the 1600s and that it was an ale house as far back as 1749.

She added: “Over the years, many local clubs and societies have used the pub, or function room, for their meetings, including in the mid-1800s when the Ancient Order of the Foresters Friendly Society met every four weeks.

“In 1853, the [parish] council discussed the planning application necessary for laying of tracks for the Henley branch railway line. Isambard Kingdom Brunel was part of those discussions and is likely to have been present at such dinners.”

Shiplake Parish Council have objected to the planning application, along with many residents who felt it would have a detrimental impact on traffic and the character of the village.

In March 2017, the Campaign for Real Ale persuaded the Government to close a planning loophole, which allowed pubs to be demolished or converted. This provides residents with the opportunity to raise concerns with an application if they feel a building is an asset of community value.

Mrs Matthews, of Badgers Walk, Shiplake, said: “This is why I think that the 80sqm has been allocated in the plans for a pub, but a pub of this size with no garden or car park, is not viable. Added to that, in these times of the pandemic, social distancing would be impossible.”

In 2017, Brakspear sold the pub, following assurances from Tom Davies, the chief executive, that the building would be sold to a pub operator. The parish council had otherwise considered making an application to register the Plowden Arms as a community asset to protect it from developers.

The pub closed suddenly on New Year’s Day in 2018, 18 months after David Morris and Karen Rackham bought it from Brakspear. The couple, who lived on the premises, gave no reason for its closure.

Fred Maroudas, chairman of the parish council, said the pub was an important asset for the village and was viable as a business.

The parish council’s objection letter reads: “Change of use from a historically valued public house to dwellings, with a tiny, likely non-viable pub. It is an important public space and is of important social amenity to the Shiplake community and beyond.

“There would be an adverse highways impact and safety. Lack of car parking for the proposed dwellings and pub would seriously impact traffic on Plough Lane, which is already narrow and a busy bus/HGV route.”

Heritage England said the the “diversification” of the site would preserve the pub.

It added: “The applicant has given careful consideration to the retention of the community use within the host building and the effect of the covid-19 pandemic on the viability of the larger public house.

“Having regard to previous attempts to sell the business as a going concern, the applicant has come to the conclusion that the most effective way to preserve the public house use is to diversify the site and support the use of the building with the creation of a mix of family housing.”

South Oxfordshire District Council, the planning authority, was due to make a decision by July 10.